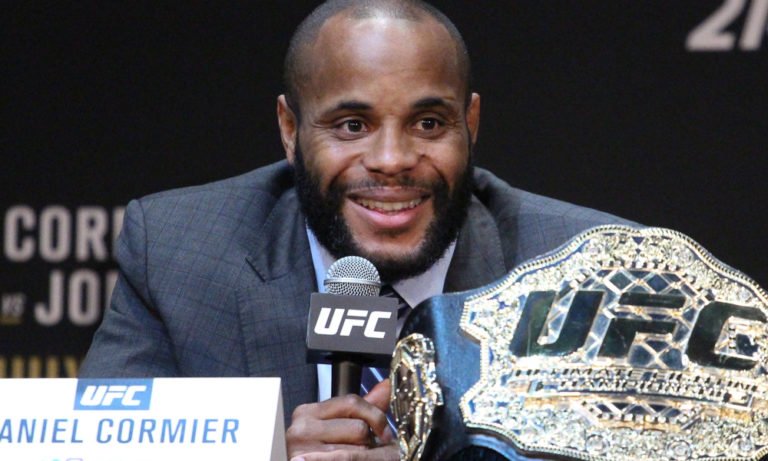 Daniel Cormier’s trilogy fight with Stipe Miocic is scheduled at UFC 252. But the two-division UFC champion has earlier stated that the end of trilogy with Miocic will also mean the end of his MMA career. The champion will retire as one of the all-time greats of the sport – even more so if he walks out with a victory.

However, UFC President Dana White doesn’t agree with this statement of Cormier. While speaking with to ESPN, White explained why he doesn’t think Daniel Cormier will retire after UFC 252.

He said, “No, it’s not (Cormier’s final fight). No, it’s not. It’s obviously going to depend on how the fight plays out on Saturday night. If Cormier wins in spectacular fashion, this will not be his last fight. And knowing him the way that I do, if he loses, then it will be, ‘I can’t go out like this.“

Dana White believes Cormier’s retirement will depend on the fight

The President has admitted that he is always open to fighters about their retirement. However, he doesn’t agree with the fact that Cormier or Miocic will retire post their trilogy.

“You know me: When people start talk about retiring, I think they should. Stipe, who people were saying is probably going to retire after this, too, but he squashed that tonight, I don’t think either one of them should retire. They’re two of the best in the world, and they still have a lot left in them. But we’ll see. We’ll see how the fight goes on Saturday.”

Besides that, Danile Cormier’s head coach Javier Mendez is also of the belief that Cormier can still compete at the highest level at this age. But he added that he wanted Daniel Cormier to retire a while ago.

Will Cormier retire or not?

The biggest question on the continuing of Cormier’s career is whether he can compete at the highest level or not with his age being 41. But as per his coach, he can still continue on.

But the two-division champion has himself admitted that he knows his body has limits. He himself explained how he needs at least 12 weeks to take a fight that he knows he can win.

However, looking at all the aspects of Daniel Cormier, it is more probable that he will retire.