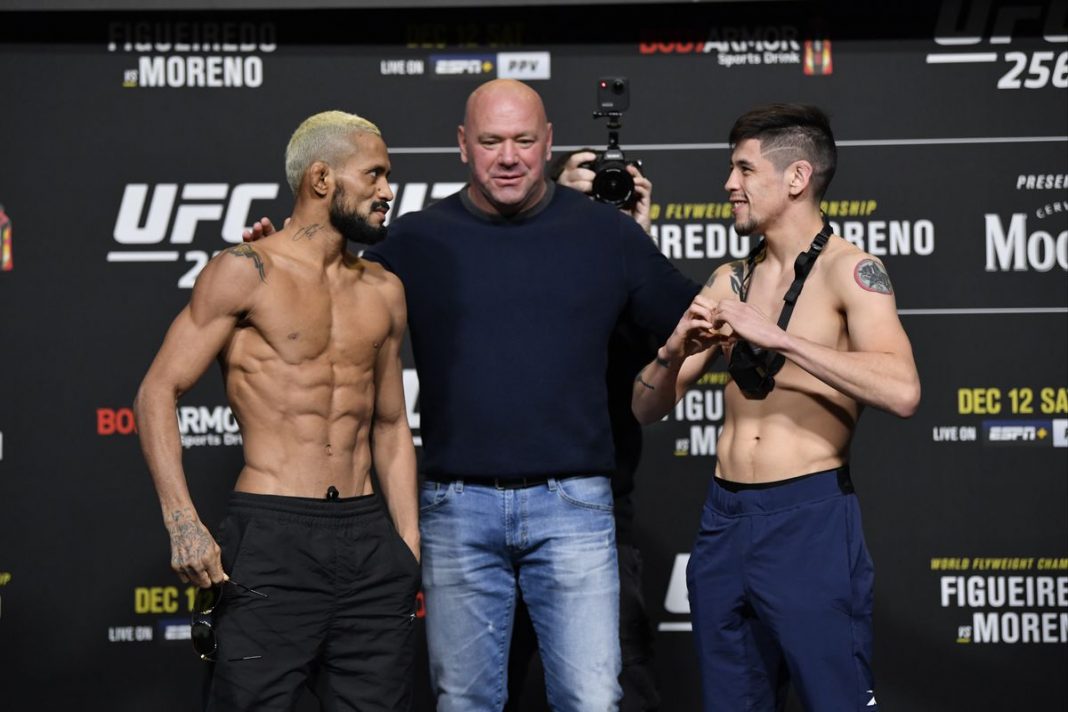 Deiveson Figueiredo and Brandon Moreno are set to run things back, after their war at UFC 256. The two will be facing off in a title rematch, on the 12th of June, later this year, after being handed out a massive medical suspension (after UFC 256)

The news was first broken by Ariel Helwani of ESPN MMA – via multiple sources. If the match pans out the same way, their first meeting panned out, fight fans are in for an absolute treat.

Both the fighters have never been finished!!!

“The UFC flyweight title rematch between Deiveson Figueiredo and Brandon Moreno is set for June 12, per multiple sources“, Helwani tweeted.

Their last fight ended in a majority draw, even as Deiveson Figueiredo was deducted one point for a groin strike. Both the fighters showed grit and courage in a match that was action-packed, the full five rounds. Even more impressive, was the fact that it saw the shortest UFC championship turnaround in history, after Figueiredo turned up just 21 days, after defending his title against Alex Perez.

Brandon Moreno, on the other hand, has never been finished in his career. With a record of 14 wins and 5 losses (all via unanimous decision), he is one tough nut to crack. The hard-as-nails Mexican will be looking forward to putting an even more improved show, come the 12th of June.

Who have you got? Can Brandon Moreno strike rich, against the equally tough Deiveson Figueiredo?

Also Read : Max Holloway recalls skateboarding past Conor McGregor while he was being interviewed!