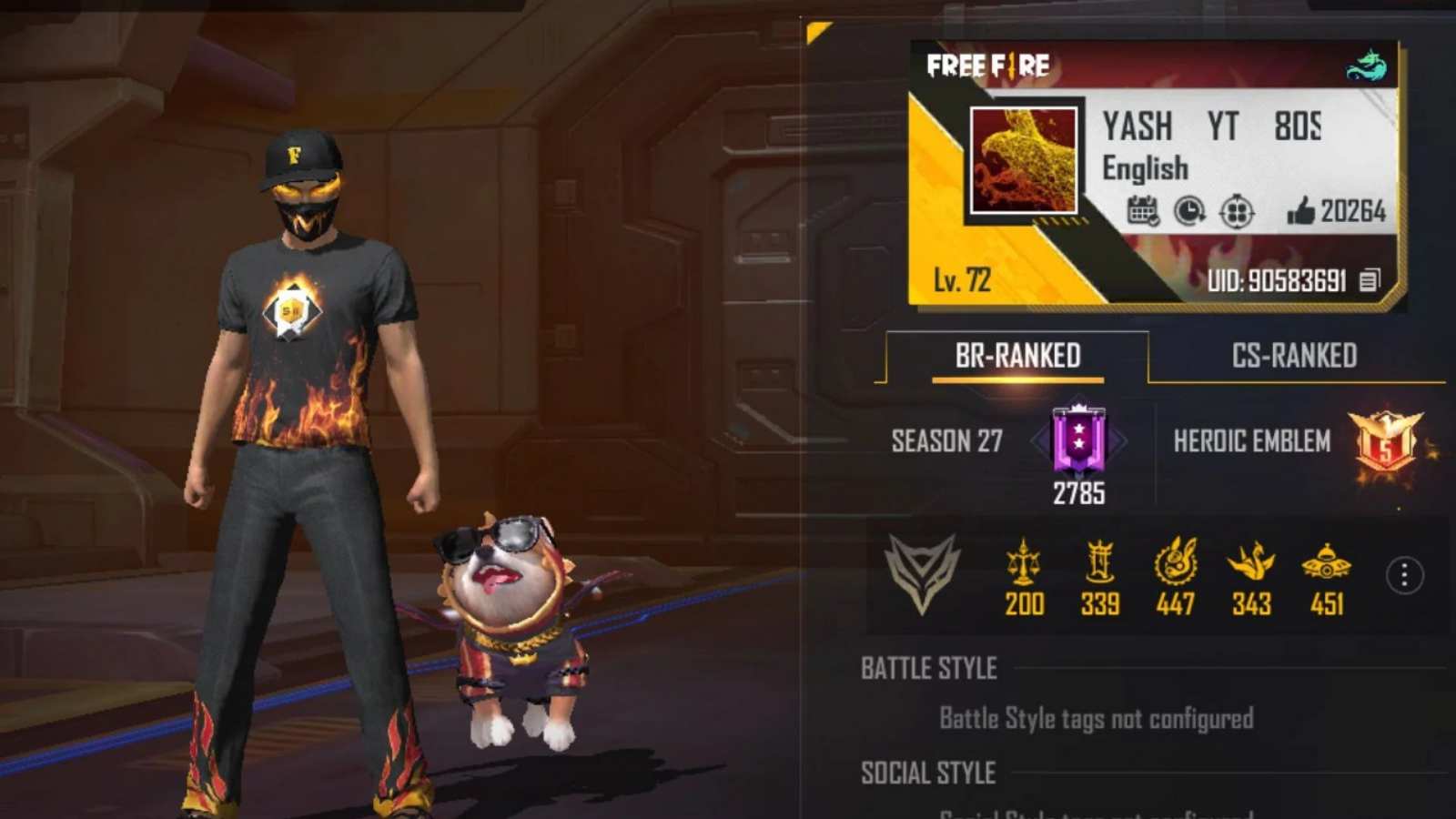 Garena’s Free Fire MAX has amassed an enormous community of casters and content creators with millions of followers. Here in this article, we will take a look at Boss Official Free Fire MAX ID, K/D ratio, headshot rate, youtube channel, monthly income, and more for May 2022.

Boss Official has appeared in 6 squad ranked matches and has 2 Booyahs on his name. With 29 frags he has a K/D ratio of 7.25.

He is yet to play a solo or duo ranked game in the ongoing BR-ranked season 27.

Yash started his YouTube channel ‘BOSS OFFICIAL’ back in August 2019 when he posted his first videos. He has uploaded over 500 videos on his channel and has amassed a community of 2.6 million subscribers and over 238 million views as well. As per Social Blade’s estimations, Boss Official’s monthly earnings from his YouTube channel lies in the range $1.7k and $27.4k.

Note: Boss Official’s stats in this article were recorded at the time of writing. They are subject to change as the content creator plays more games in Free Fire MAX.

Follow our Instagram handle to participate in the huge DJ Aloks Giveaway and to stay updated with the latest news on the gaming and eSports scene.

Also, Read – How To Get MAX Raycatcher Bundle For Free In Free Fire MAX Exclusive Rewards For May 2022?