Garena Free Fire has the vastest character in the mobile battle royale genre with each character equipped with unique abilities. Here in this article, we will take a look at who is the best character in Free Fire for December 2021.

Developers keep expanding the Free Fire character roster by introducing new characters with every OB patch update. The latest addition to the roster is Nairi added in the OB31 patch update. Let us take a look at who is the best character in Free Fire for December 2021 among Skyler vs Nairi.

Skyler is a CEO as well as a superstar as per his in-game description. Whereas his in-game ability is named ‘Riptide Rhythm‘. It is an active ability that once triggered releases a sonic wave that destroys 5 gloo walls within a 50-meter range. It also recovers 4HP with each gloo wall deployed in the game.

Nairi is the latest character introduced in the Free Fire OB31 update. He is a storm chaser who researches climate technology. He has a special in-game ability called ‘Ice Iron‘.

Skyler vs Nairi: Who Is The Best Character In Free Fire?

When we take a look at both Skyler and Nairi’s ability it is clear that both of them are gloo wall centric although one of them is active while another one is passive respectively. Where Skyler can destroy the gloo walls and provide HP regeneration with each gloo wall deployed.

Nairi strengthens the gloo wall and gives increased damage to gloo walls while using AR’s. However, Skyler’s ability is more powerful and effective making it a winner in this Skyler vs Nairi ability comparison.

Also Read – Nobru vs Colonel: Who Has Better Stats In Free Fire For December 2021? 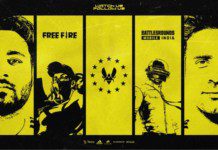 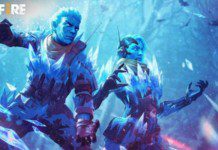 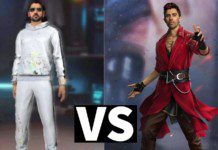 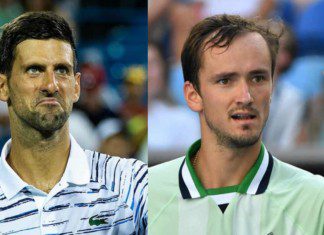