Top 10 Things in GTA Online everyone should own

For players to truly enjoy the game and easily make money, these are the 10 things they should own in GTA Online. 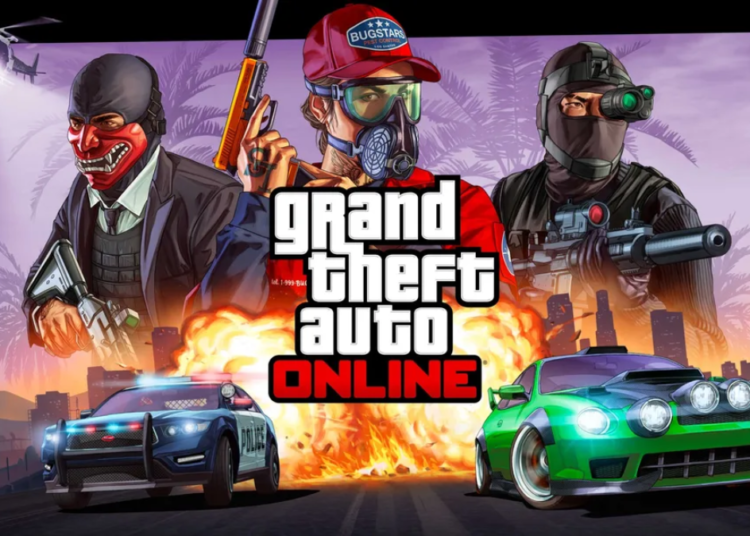 GTA 5 has consistently been one of the most famous games which have almost been present for around a decade and yet is still as popular as it was when it came out in 2013. Throughout the years, Rockstar has continued to grow the game, adding numerous new DLCs and missions and multiple things players can buy, from properties to vehicles to even businesses. Thus, considering all that is available in the game right now, here are 10 things every GTA player should own in 2023.

Read More: When does the Snow event end in GTA Online 2023?

10 things GTA Online players should own

When it comes to moneymaking, the Kosatka is one of the best vehicles you can buy in the game. It is a huge submarine that can be bought by players for $2.2 million. The reason why the Kosatka is so important is that it is needed in order to start the Cayo Perico heist. The Cayo Perico Heist is one of the biggest and best heists in the game, and grants the player around a minimum of $ 1 million for the completion, with the payment increasing as the secondary objectives are completed. This heist can be replayed multiple times and doesn’t take more than 1-2 hours. Thus, the Kosatka is a very valuable asset if the players want to grind and make money through the heist.

Probably the very first thing everyone buys in GTA online is the CEO Office. The Office allows you to register as CEO, which further helps you to buy a vehicle warehouse and cargo warehouse, wherein you can store vehicles and cargo to later sell it. Another very important reason to buy the office is that the players can only work in other properties like the arcade and bunker if they are a CEO or an MC President, but a CEO is definitely better than a motorcycle club president. The Office is also helpful as you can get a maximum 60 car garage in the office, along with an auto shop.

Another property that is very profitable to players in GTA V is the Auto Shop. Launched with the LS Tuners DLC, the auto shop can help you make money in 2 ways. Firstly, the Auto Shop can be used to access its own sets of missions, which pay around $150,000 to $200,000 and would take around an hour to complete. Another “Legal” way to make money is by fixing cars that come to the auto shop. The Auto shop also brings with it a 10-car garage and, one of the biggest advantages of the auto shop is that everything is unlocked, from custom paints to engine and brake tuning, etc. so players don’t need to complete challenges to unlock different options to customize their vehicle.

The newest addition to the list of DLCs in GTA is the Drug Wars DLC. In this DLC, after completing some introductory setup missions, through missions, the players obtain the Bricade 6×6, which is the acid lab. The acid lab is a crazy vehicle, and the lab business also helps the player earn a good amount of money. The lab can be upgraded to get maximum profits, and the drug delivery missions are also done via a motorcycle and can be easily and quickly completed. The truck itself can withstand around 20 rockets and missiles and is pretty indestructible. The best part about this is that the players don’t need to buy it, and just have to steal it as a part of the mission.

although this vehicle is notorious for being the go-to vehicle for griefers, which has given it a very bad reputation, it can’t be denied that the Oppressor Mk 2 is a very useful vehicle. It can be spawned anywhere, can be easily navigated on both land and air, and also has missiles. This makes it a very useful vehicle if and when the players need to travel to deliver goods, or just get somewhere quickly to catch someone/ eliminate targets, etc. The Oppressor Mk2 can be bought for $3,890,250.

Whether it is completing missions, delivering goods, or just roaming around in a public lobby, every player in GTA Online needs at least one armored vehicle. The go-to option for most of the players is the armored Kuruma, which can be bought for $698,250 on South San Andreas autos. another vehicle that is a bit pricier but better is the $1,245,00 HVY Nightshark. That vehicle can withstand around 10 missiles and rockets and is one of the best-armored vehicles out there.

The Nightclub property is an amazing property that grants the player passive income as well as a chance to set up a business to make money. Players can indulge in other businesses through the nightclub business, including weed farms, cocaine lockup, counterfeit currency, etc. Once the nightclub is set up with the DJs and the popularity is up, players will earn a fixed amount of money from the business without doing anything, and once the businesses are set up, the players can earn passive income.

The Agency is a part of the contract DLC, and along with the missions, it also comes with additional perks which make it an important property to own. The main mission which you can launch after purchasing the Agency is the Dr. Dre contract. Everytime the mission is played, players can make up to $1 million. They can even do normal VIP contract missions for a payout of 25-35 thousand dollars. The Agency garage also comes with its own vehicle workshop, where players have access to special adjustments to a few select vehicles, the most notable of which is the missile lock on jammer, which makes sure no missile is locked on to the car.

A helicopter might be another very important vehicle in the game that everybody needs. Players can buy helicopters like the Sparrow or the Buzzard. If you get the Kosatka submarine, the Sparrow is included with it, or it can be purchased for $1.8 Million. They are good vehicles that can help the players out of a tricky situation, as they can be spawned besides you, no matter where you are.

Another property good for passive income as well as a place to start a heist, the Arcade is an investment which won’t disappoint. One set up, the arcade can be used to launch the Casino heist with Lester, which is one of the highest paying heists in the game, that is roughly $3.6 Million. The Arcade is a front for the missions, but it also makes its own share of income. The planning room also has the “master control terminal” which acts as a hub, linking all of the players business and letting them control them from a single computer.

These are ten things every player should own in GTA 5 to make a good profit and earn money through the game in the best way possible. The list is not made in any particular order as everything on it has its own purpose. Also, these are some of the things to own and are whittled down as ones that players absolutely need, as there is a plethora of other vehicles and properties that players should get in the game once the money starts coming in.