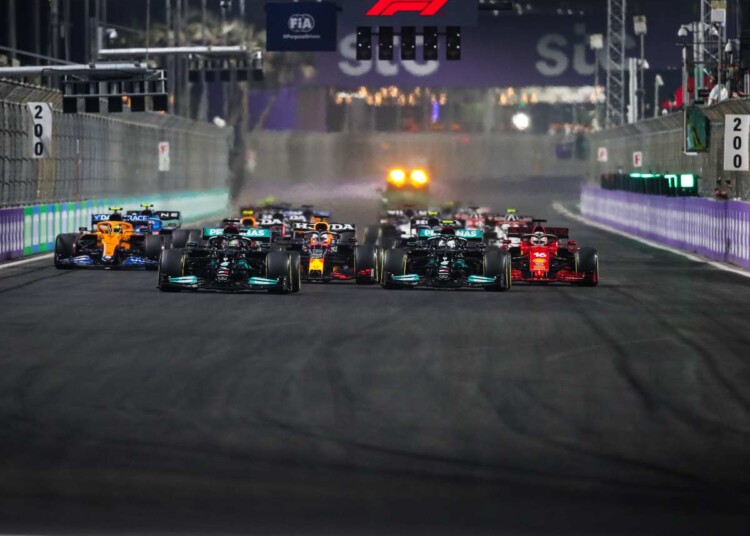 Formula 1 is in a very good place right now, especially with the introduction of the cost cap. In the future, this should make teams and the sport more profitable – but also closer. Another thing meant to make the sport more competitive are the new regulations [regarding the cars]. In addition to these, in 2026, F1 will start to use 100% sustainable fuels and more electrical components than ever before – an important step in the battle against climate change and towards a better future.

The brand just continues to grow, and now, with the help of ‘Drive to Survive‘ has formed a foothold in the U.S. where it is experiencing a popularity boom. There will be three races held in the US in 2023, and the sport continues to expand in areas outside Europe – including the Middle East. Currently, Formula 1 is run through ‘Formula One Group‘, a subsidiary of Liberty Media. However, this ownership could have changed hands – from the US to Saudi Arabia.

According to Bloomberg, ‘People familiar with the matter’ told them that Saudi Arabia’s sovereign wealth fund, called the ‘Public Investment Fund’ considered attempting to acquire Formula 1. If you also follow football, you may know that the ‘fund’ is the majorit owner of Newcastle United, a football club in the English Premier League. Apart from sports, the PIF also has minority stakes in companies such as Facebook, Citigroup, Disney, and Boeing.

The PIF also owns stakes in video game companies, such as Electronic Arts (the publisher of the official F1 game), Take-Two Interactive and Activision Blizzard. As for their attempt to buy Formula 1, the deal stalled as Liberty Media were not interested in selling. Apparently, the PIF valued F1 at ‘over $20 billion’ (including debt). While nothing came out of the previous deal, the PIF apparently remains interested in acquiring F1, and if Liberty changes its mind, then it would be a ‘serious bidder’.

It’s currently valued at 15.72B by YCharts, and possesses a market capitalization of $16.07 billion according to CompaniesMarketCap.com. Aramco, which is currently F1’s global energy partner, is another ‘state-owned enterprise’ of Saudi Arabia.

It’s interesting to note that in 2021, it was reported by Swiss newspaper Blick that Liberty Media had apparently lost interest in F1, their ‘multi-billion dollar toy’, and was looking to sell the asset to the ‘Saudi Arabians’. The report also stated that this would (obviously) mean an increase in the number of races in Asia (including the Middle East).

Formula 1 will host four races in the Middle East in 2023 with Saudi Arabia being the second race of the season. Held at Jeddah, the race will stay on the calendar till at least 2027. Like it is the case in the US, the sport has continually expanded in this region as well. If the PIF should acquire it, The ‘Formula One Group’ will clearly be the crown jewel of its portfolio.