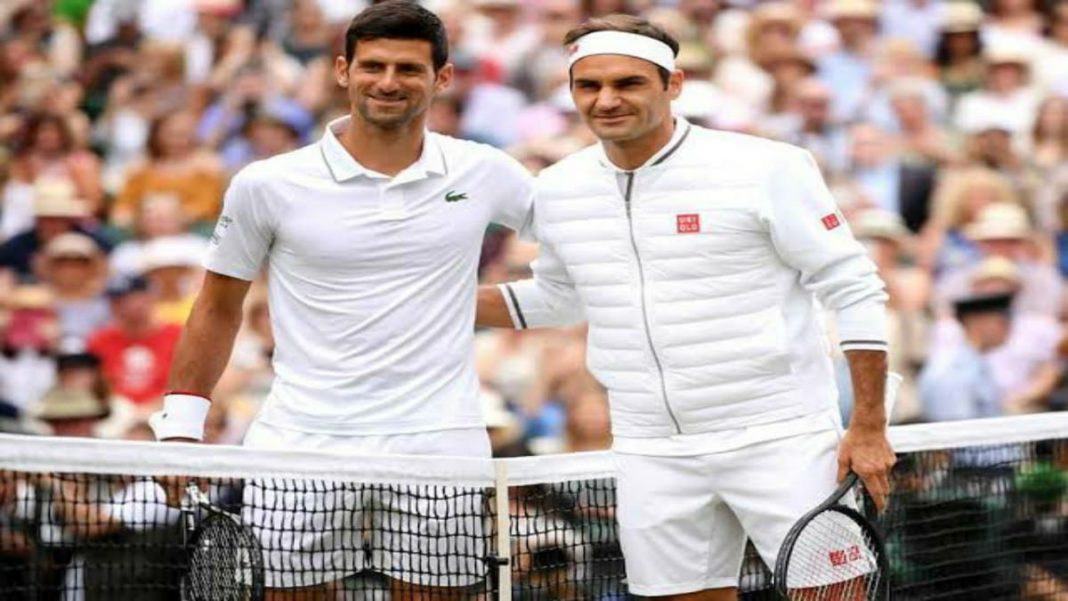 Wimbledon 2019, will always be a reminisce for millions of fans, the match that was also the first in the history of Wimbledon to feature a deciding set tiebreak after the fifth set reached a 12-12 stalemate.

Yes! we are talking about the match between legends, Novak Djokovic and Roger Federer, the one which will go down in folklore as one of the greatest matches ever.

After winning all three of his sets via tiebreaks, the Serb prevailed and despite winning fewer points than his opponent on the day he won the auspicious trophy.

Being a little more significant, we know that Djokovic did so after saving two match points on Federer’s serve late in the fifth set.

Roger would have Won: Interesting fact given by Stanford Researchers

Using Artificial Intelligence software, the researchers at Stanford University recreated the incredible final. Recently, they came up with different possibilities and simulations based on the two players’ styles and strengths.

But the center of attraction is the one and only fact. One of the simulations showed what might have happened if Federer had hit his forehand a little differently on the first of his match points.

The Wimbledon final between Roger Federer and Novak Djokovic was taken as an example which was used to illustrate the software developed by the researchers. This software basically helps creating stunningly realistic controllable graphics of tennis matches.

As he took the fight to the defending champion, Federer was in top form for most of the match. During the final too, the Swiss maestro was surprisingly the better returner. He won 15 more points against Djokovic’s serve than the Serb could against Federer’s. The Swiss was still able to muster two breaks of serve in the fifth. At 8-7 he even served for the match, where he historically never had a lot of success against Djokovic.

But two poor tiebreak performances took the match into a deciding set. The second match point was all Djokovic though. However, the 39-year-old had two match points at 40-15, that he gave away the first through an unforced error on his forehand.

And here the twist comes, the software developed at Stanford used the first match point. This showed how alternate possibilities for real-life exchanges can be visualized.

The visuals are supremely realistic, despite a few kinks sought out by keen eyes. Building a statistical model that calculated the responses of players in match-play situations, Stanford University researchers were able to develop the system.

The AI gives the user full functionality of the match function, However, the system also allows fans to use the performance history of various players to create fascinating scenarios – such as Roger Federer facing himself at Wimbledon.

Which means you can completely control the movement of players, and decide the shot-placement on any area of the court.