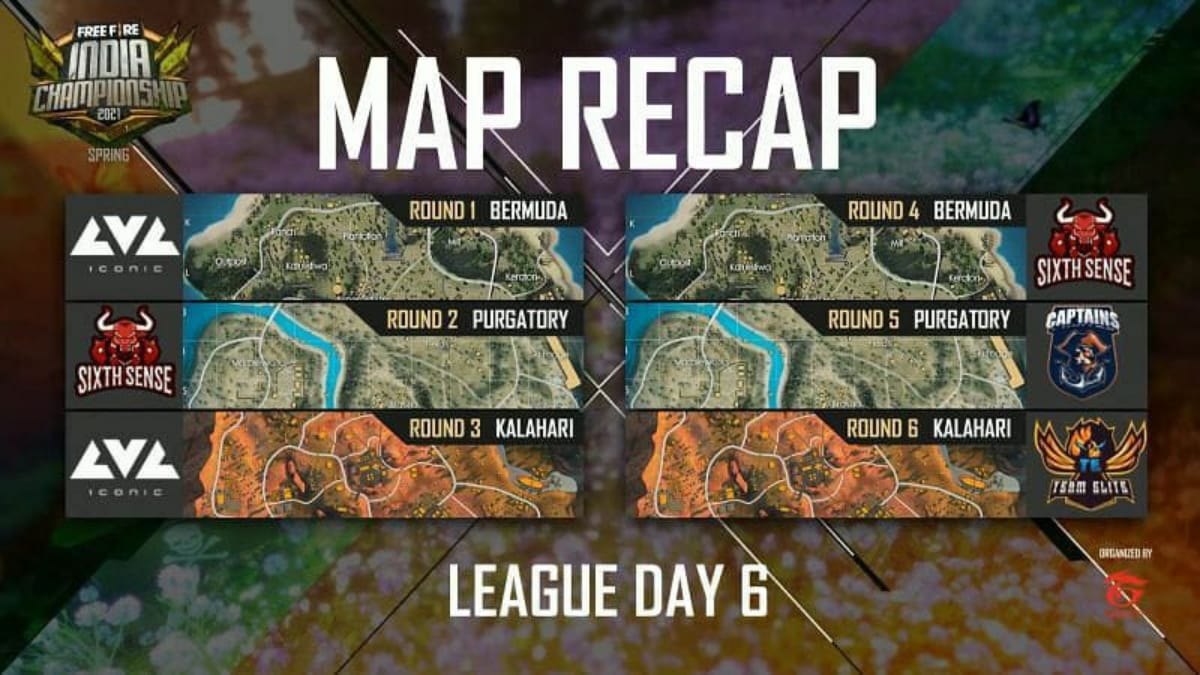 As the day-6 rise the teams get prepared for another battle. Group A & B were all set to face each other and destroy other and came on top. All teams were set to battle each other in six exciting matches over random maps of FreeFire. We will discuss all what happened at FFIC League Stage 6.

First match of Day 6 kicked off in Bermuda. LVL Iconic steal the first victory of the day with 14 kills. Galaxy Racers faught hard and successfully secured second place with 5 kills.

The thrilling third match that took place at the desert lands of Kalahari was won by LVL Iconic with 7 kills. Galaxy Racers again fought hard and secured second place with 6 frags.

Fourth match of the day was set to take place at Bermuda. In which Sixth Sense again bagged the victory with 5 kills. Galaxy Racers followed them with 5 kills securing a second position.

The fifth match was played at the highlands of Purgatory. Where Captians swept the lobby with 10 frags on their names and securing a Booyah!. Team D eSports and AFF eSports followed them with 8 and 6 kills.