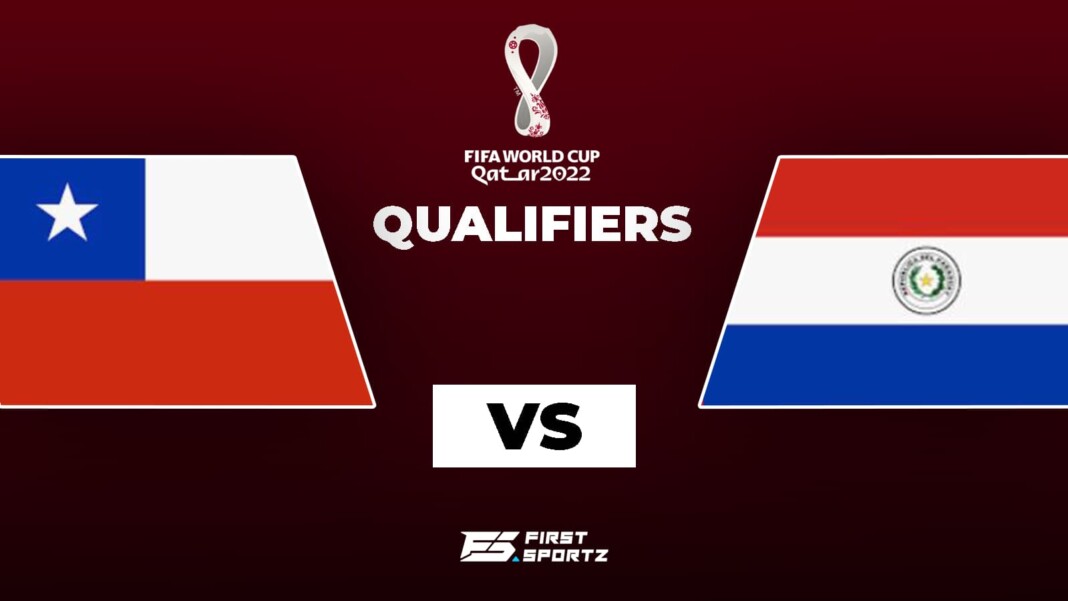 Second International break of 21/22 season sees Chile take on Paraguay at the Estadio San Carlos de Apoquindo on Sunday 10th October. Ahead of the CONMEBOL Qualifier here is our Chile vs Paraguay Live Stream, Preview and Prediction details.

After losing to 2-0 to Peru, Chile turn their attention to Paraguay as the two sides go head head on Sunday in 11th game of the CONMEBOL qualifiers for the 2022 World Cup. Chile have had a difficult qualifying campaign so far managing to win only one game and that win came against Peru back in November 2020. Chile have lost their last 3 out 4 games conceding 6 goals and scoring just once.

Against Colombia they were 3-0 down in the first 20 minutes of the game and there was no way back for Martin Arrospide’s side. Chile then lost to Peru 2-0 and are winless in their last 7 games in the qualifying campaign and their chances of making it to playoffs for the World Cup look very slim as they sit 7 points adrift of 5th place Colombia.

However their opponents Paraguay are in 6th place with 12 points from the 10 games played and are chasing the likes of Colombia Uruguay and Ecuador. Manuel Berizzo’s side are unbeaten in their last three games. They played out a 0-0 draw against the Copa America champions Argentina on Friday and created decent chances against a well rounded Argentinean side. Paraguay will look for all three points against a lacklustre Chile side on Sunday and make a strong case for their qualifying spot in the upcoming games.

Chile will host Paraguay at the San Carlos de Apoquindo Stadium in Las Condes, Chile. It is the home of Chilean top flight club CD Universidad Catolica. It has a total capacity of 14,118 seats.

Paraguay will surely look for three points against Chile who have conceded 5 goals in the last 2 games. On the other hand Paraguay were successful to keep Messi &Co from scoring in the last game and it will be a tough ask for Chile to get anything out of this game. Hence we predict a comfortable win for Paraguay in this game.

The game between Chile and Paraguay is streamed live on fuboTV, fubo Sports Network 3 and Eliminatorias CONMEBOL 2 in South America. Also, the game is live on beIN sports and Astro Supersport for the football fans. However, there is no mention of the details of live streams in India. The fans can use the social media handles to follow the game.