Manchester United have been under a lot of scrutiny recently. The Red Devils have been under constant pressure from the English media and the fans of the club after a disappointing defeat to Wolves in the Premier League.

The Red Devils are currently 7th in the table and are nowhere near challenging for the Premier League. New interim manager Ralf Rangnick has not proved to be the man who could have turned the ship around at the club after the sacking of Ole Gunnar Solskjaer.

Let’s look at the top 5 players who want to leave the club in search of regular game time and fair chances.

Top 5 players who could leave Manchester United this season:

Dean Henderson has been at Manchester United since childhood. The young goalkeeper had successful loan spells at different clubs in his early days before being recalled by the Red Devils last season. The young keeper was touted to be the first choice keeper after David De Gea’s poor form continued.

Ole Gunnar Solskjaer recalled Dean Henderson last season to challenge David De gea for his position. The England international did very well in his debut season for the club and had made his way into the starting line up by the end of the season.

Henderson was surely going to be the number one choice for the goalkeeping spot this season but after contracting COVID at the start of the season, the young goalkeeper was side-lined for the first 2 months of the season. Since then, De Gea has become the first choice keeper and has been playing brilliantly.

Dean Henderson will be looking to secure a loan move this season to get game time and hopefully be selected for England’s World Cup squad.

But after battling mental issues in his personal life, the 28 year old lacked confidence on the pitch and failed to perform consistently for the club. This resulted in lack of game time and continuously being benched for every game.

Lingard finally submitted a request for a loan move last January and performed brilliantly at West Ham United for the second part of last season. Many fans thought this would bring the England international back into the starting 11 at Manchester United.

But due to some reason, the 28 year old still hasn’t found his feet again at his childhood club and is expected to leave this season so that he could have a shot at getting selected for England’s World Cup squad.

Donny Van de Beek was signed by Manchester United last season to replace Paul Pogba, who was certain to leave the club last season. But after the Frenchman’s transfer request collapsed after getting injured, Pogba was brought straight back into the line-up.

This meant Van de Beek would have to fight for his place to get back into the starting 11. After a positive start to his Red Devils career, the Dutchman failed to capitalise on his chances and didn’t make an impact when he got his chances.

Now after being looked over by Ole Gunnar Solskjaer and the current interim manager Ralf Rangnick, the 24 year old is expected to leave the club to reignite his career back on track. Van de Beek has been omitted from the Netherland squad too and a move away from the club would benefit him a lot.

Paul Pogba was signed by Manchester United in the hope of getting the club back to challenging for the premier league. But since his return to the club, the Frenchman has failed to make an impact for the team consistently.

Pogba has been injured a lot since his return and his failure to perform consistently at the highest level has left a lot of Red Devils fans frustrated. Many fans are questioning his ability to perform for the club. Some journalists have also questioned his loyalty to the club.

Pogba’s agent Mino Raiola is famous for giving interviews and stating that the Frenchman wants to leave the club. This has left a lot of fans wanting him out of the club. Pogba only has 6 months left on his current contract and is expected to leave the club in the summer in the hope of securing a move to his dream club Real Madrid.

Anthony Martial was one of the most promising youngsters in the world when he first joined Manchester United in the summer of 2015. The 26 year old had been a key member for the club for a number of years. But since last season, the Frenchman’s form has suddenly dipped.

Martial has failed to make an impact in the league since the signing of striker Edinson Cavani last season. Many fans have complained that the Frenchman is lazy and doesn’t work hard enough to secure a place in the starting 11.

Martial has had limited game time this season and that has caused him to be unhappy at the club. The 26 year old has officially submitted a transfer request and wants to secure a move away from the club to get game time. This has caused Ralf Rangnick to leave Martial out of the matchday squad for a number of games.

Many fans will be sad if Martial decides to leave as he was a promising player who failed to capitalise on his chances. His potential has always been of a top player but his hard-work has been the factor of his sad ending at Manchester United. 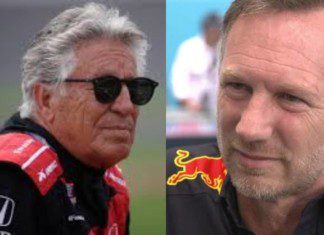