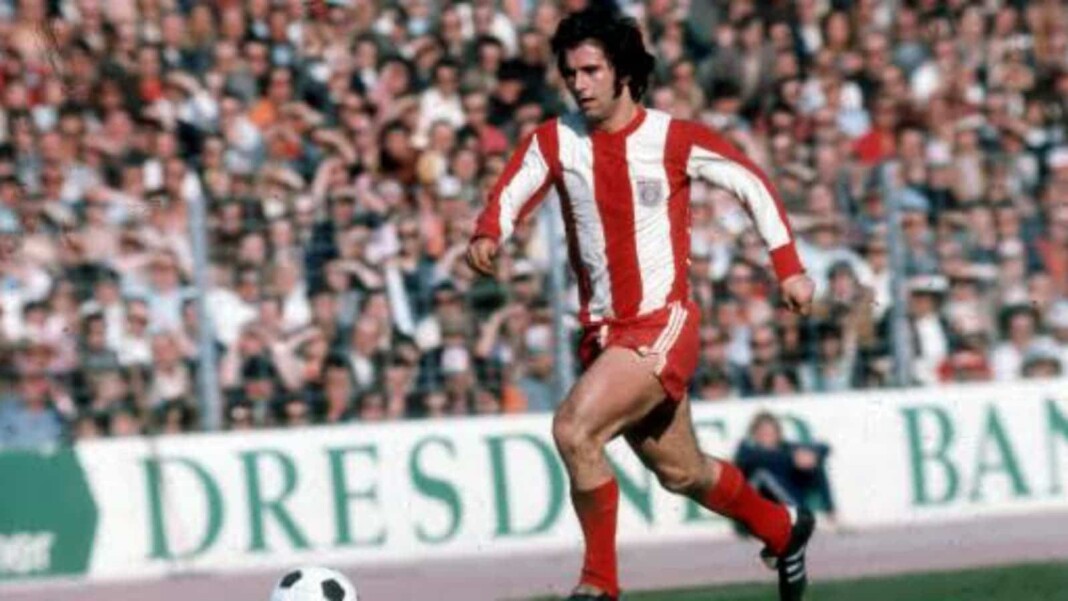 In what comes as a sad and shocking news for football fans all across the globe, former Germany and Bayern Munich striker Gerd Muller has passed away. The striker was 75 years of age when he passes away on Sunday and was suffering from Alzheimer’s since 2014.

Gerd Muller won the World Cup with West Germany in 1974 and was regarded as one of the best strikers of all time. He also won the EURO Cup in 1972 with his country and scored a total of 68 goals from just 62 matches.

Gerd Muller signed for Bayern Munich is 1964 and went on to become their greatest ever goal scorer in history. Popularly known as the ‘Der Bomber’ he scored 566 goals in 607 matches for the club, a record which he still holds to date.

Bundesliga giants Bayern Munich, took to their official website to announce the death of their former striker with a lengthy note.

“Today the world of FC Bayern stands still. The club and all its fans are mourning the death of Gerd Müller, who passed away on Sunday morning at the age of 75,” a statement on their website read.

Gerd Muller also won the Balon D’or in 1970 after scoring a quite ridiculous 10 goals during the 1970 World Cup in Brazil. In all he had 14 goals to his name at the World Cups which was later eclipsed by Brazilian striker Ronaldo.

In the 1971 Bundesliga, season Muller scored 41 goals in the entire campaign a record number of goals scored in a single season, a record which stood for 40 years until last year when Lewandowski scored 41.