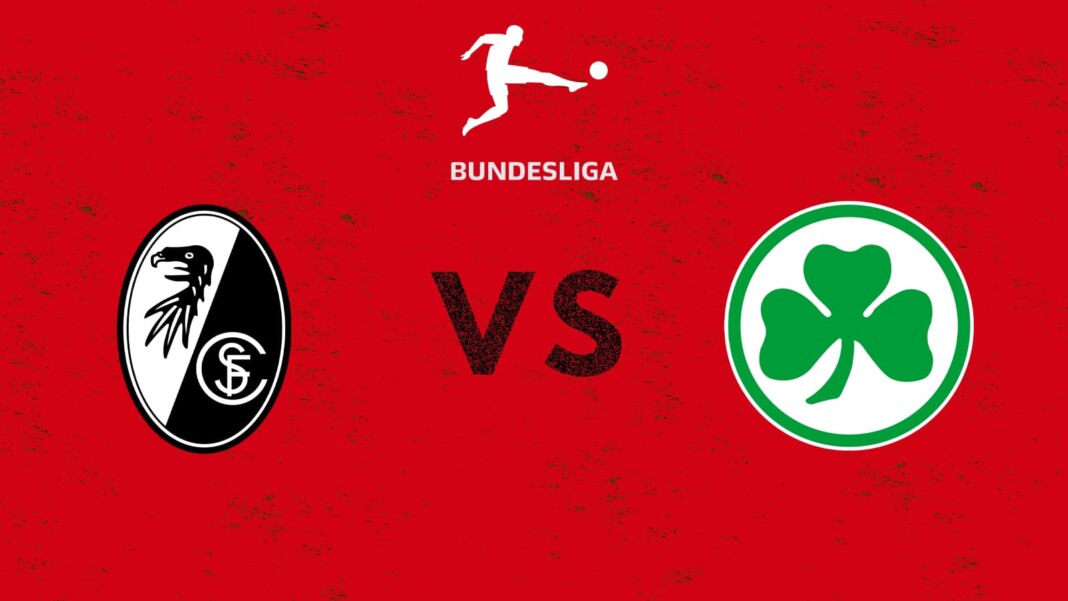 It’s matchday 10 in Bundesliga as SC Freiburg go head to head against Greuther Furth at the Europa-Park Stadion on Saturday 30th October. Ahead of the game here is our SC Freiburg vs Greuther Furth live stream, preview and prediction details.

Freiburg’s impressive start to season continues as they successfully beat Wolfsburg 2-0 in their last game. Phillip Reinhart scored from close range following a free-kick however the goal was initially ruled out for offside but was awarded after a VAR review. Lukas Nmecha hit the cross bar minutes later however Freiburg went into halftime with a 1-0 lead. Lucas Holer doubled the lead in the second half and made sure of the three points as his side recorded their third win in last five league games. Freiburg are now in third place just two points of second place Dortmund and 3 points of leaders Bayern.

Furth’s struggles in the Bundesliga continues as they were beaten 4-1 by RB Leipzig in their last game. Furth kept Jesse Marsch’s side at bay and surprisingly took the lead just before halftime with Branimir Hrgota scored a penalty after Nordi Mukiele fouled Jamie Lewelling. However it took Leipzig just seven minutes after the second half kicked off to turn things around as Yussuf Poulsen and Emil Forsberg scored. Szoboszlai and Hugo Novoa added another two goals to hand Furth a 4-1 loss.

SC Freiburg will welcome Greuther Furth at the Dreisamstadion in Freiburg, Baden-Wurttemberg, Germany. The stadium was built in the 1953. It was formerly known as the Schwarwald-Stadion and has a total capacity of 24,000 seats.

Freiburg are the team in form at the moment and we cannot see Furth coming away with any points against them. Freiburg on the other hand will surely want to make it an easy win as they look to put the pressure at the top of the table. Hence we predict a win for Freiburg in this game.