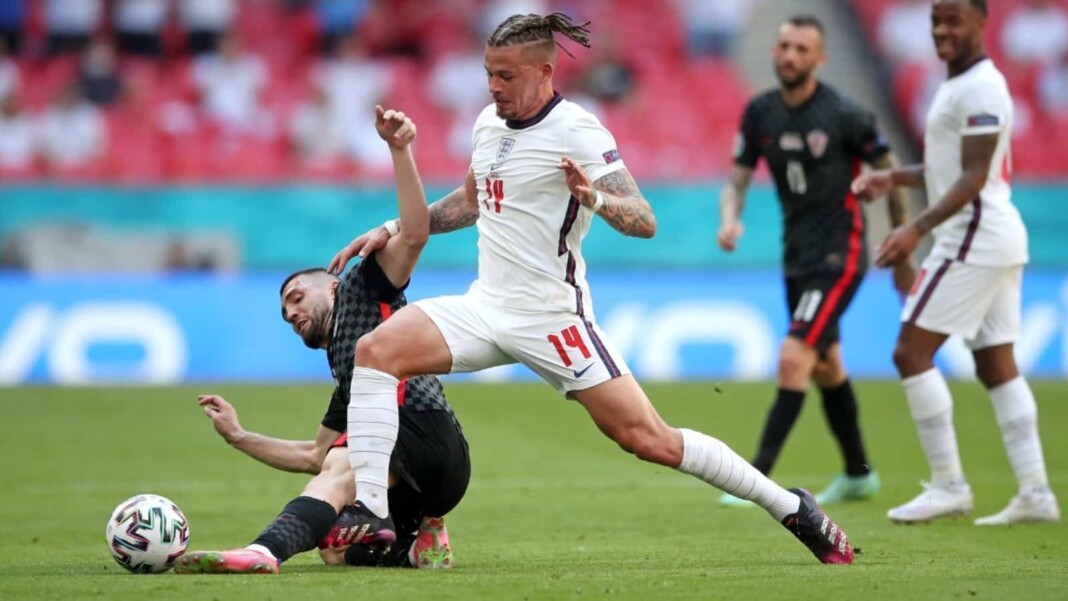 In one of the most anticipated clashes of Euro 2020, England locked their horns with Croatia at Wembley Stadium on Sunday. England are considered as a title contender whereas Croatia are one of the dark horses in Euro 2020. When the line-ups were out, there was a huge uproar from a section of fanbase after Gareth Southgate dropped Jude Bellingham and Jack Grealish from the line-up. In the first half for England, Kalvin Phillips was a bright star and maintained 100% pass completion rate in the middle of the park. It was 138th international appearance for Croatia’s Luka Modric. Both teams chose to remain in their blocks in the first half and restricted themselves by maintaining their shapes.

Ante Rebic missed a glorious chance in the 65th minute when the England’s defense was out of shape. The player could not collect the volley and score. This initiated a transition attack from England and getting the free-kick. However Mason Mount shot just above the bar and the scoreline remained at 1-0.

Croatia tried hard to equalise in the dying embers of the game but England were a level above. Four minutes were added on but Croatia failed to take the advantage allowing England to win the game. Here are our England vs Croatia player ratings.

Gave an assist to Raheem Sterling for the first goal of England.

Was substituted after the player got a yellow card

Scored the first goal for England and broke the deadlock in the second half.

The Real Madrid player barely made any contributions for his side in the second half.

After securing the win against Croatia, England will face Scotland challenge in Wembley Stadium on 18th June (19th according to IST) whereas Croatia will face Czech Republic on the same day.