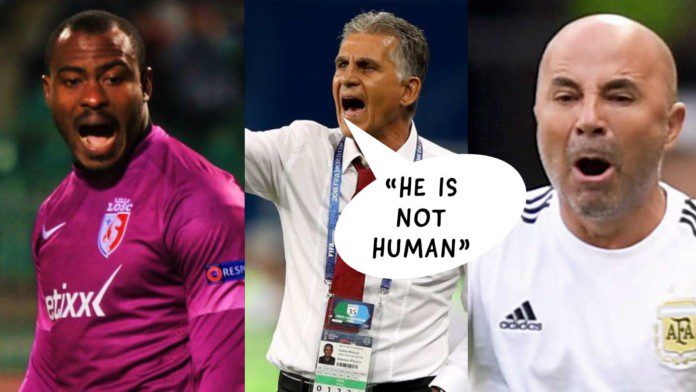 Recently, Lionel Messi won the seventh Ballon D’Or amidst the debates about who should win the most coveted title. There was an immense debate even after rewarding the talismanic Argentine the title by France football. Few fans were of the opinion that Robert Lewandowski was robbed off the trophy due to the pandemic. Despite all the concerns, Lionel Messi is undoubtedly one of the best footballers ever on the globe. On top of this, there is also a doubt that “Is Lionel Messi a HUMAN”?

There have been occasions and instances where Messi could not play a big role in the game but his influence was so big that the opposition were amazed by his superior technicality. The debate of “Who is the GOAT”? Will continue till both Cristiano Ronaldo and Lionel Messi retire. However, in this article we shall look at instances where the players and managers wondered “Is Lionel Messi a HUMAN”?

Is Lionel Messi a HUMAN? Four instances where Messi left the opposition dumbstruck

Vincent Enyeama, (Ahead of the El Classico in 2017)

Vincent Enyeama was the shot-stopper of Nigeria that faced Argentina in the 2010 World Cup. In that game, the Super Eagles’ skipper pulled off great saves and stopped Messi from scoring the goal. He was even awarded the “Man of the Match” for his performance. However, the player was skeptical of Messi being a human.

In an interview ahead of the El Classico of 2017, he said:

This was the statement of one of the most talismanic shot-stoppers, Gianluigi Buffon who has won everything barring the UEFA Champions League. The skipper of Juventus wanted Messi to remain human for the finals. In the press conference, he said:

Despite these comments, Gianluigi Buffon’s side was thrashed by Catalans 3-1 to seal the title.

Sevilla are one of the sides that always hate Cristiano Ronaldo and Lionel Messi because of their caliber. These two superstars have clinched the winners in the dying minutes of the game. The player troubled the team throughout the campaign. He scored in every game against Sevilla in that campaign including the finals of the Super Cup de Espana. Frustrated by Lionel Messi’s awesomeness, Jorge Sampaoli said:

There should be two Ballons d’Or; one for Messi and one for the rest.

Iran were heading towards a hard-fought one point in the group stage of the World Cup against Argentina only for Lionel Messi to break the hopes of the team. Lionel Messi scored the goal in injury time to shatter the dreams of Iran and their manager, Carlos Queiroz. In the press conference, he said: 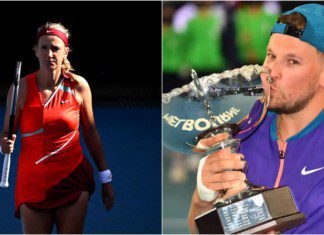