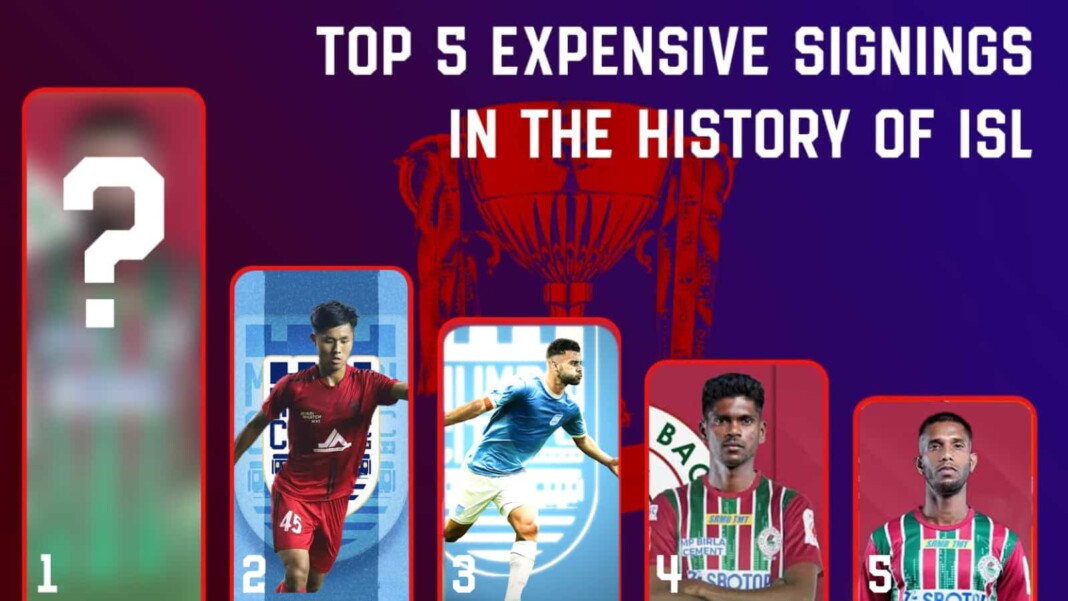 Since the very emergence of the Indian Super League (ISL) in 2014 we have witnessed some great players sign for the club franchises from the top leagues around the world for high transfer fees. Let’s check out the top five expensive signings in the history of ISL.

Michael Soosairaj, the Indian midfielder began his career in professional football with Arrows FC early in his youth. As the ISL emerged in recent years many clubs eyed to sign him, when in 2018 Jamshedpur signed the midfielder where he proved his worth and became one of the emerging players in the league.

Micahel Soosairaj signed with ATK in 2019/20 season for ₹90 lakhs and was there to make an instant impact, scoring against Mumbai City FC in a 2-0 win. He was considered to be one of the versatile players who played in the mid and even on either wings. As the ISL season of 2021/22 gets ready to beging Soosairaj will be getting ready to prove his worth in ATK Mohun Bagan under Antonio López Habas.

Liston Colaco is a young Indian forward who began his career in the youth academy of Salgaocar in 2016/17. He continued to prove his worth as he made his move to join FC Goa in ISL and has since then played for two other clubs, Hyderabad and ATK Mohun Bagan.

Liston Colaco joined ATK Mohun Bagan in 2021 for an undisclosed record transfer fee of about ₹1cr+ which was considered to be the second highest fee paid to sign an Indian player. The Indian forward has already started to put out his performance as he scored a goal in the AFC Cup against Maziya S&RC.

Hugo Boumous, the Frenchmen began his career in Stade Laval where the midfielder proved his worth to move up further in the ranks. Boumous has played for three different clubs in the ISL, FC Goa, Mumbai City and ATK Mohun Bagan.

He began his career in the Indian Super League with FC Goa as he joined on a free transfer from Moghreb Tétouan. The attacking midfielder continued to prove himself and then made a move to Mumbai City for a record transfer fee of ₹1.5cr. He continued to showcase his gameset which attracted the attention of many other clubs.

Lalengmawia Ralte is the young session who has made a name for himself with his extraordinary gameplay in the middle. He is the youngest player in the history of ISL to Captain a side, which was North East United.

Ralte was signed by Mumbai City for a fee of around 2cr which is considered to be the highest fee paid for any Indian player in the ISL. It will be exciting to see how the youngster comes out on top in his new club, taking his side towards the road of glory.

Hugo Boumous will definitely come out on the top of this list as he was the record signing in the history of ISL. Boumous was signed by ATK Mohun Bagan this season for a record breaking of 2cr+ which even broke his previous signing record of 1.5cr by Mumbai City.

The Frenchman will now prepare himself to prove himself as a Mariner under the management of Antonio López Habas.