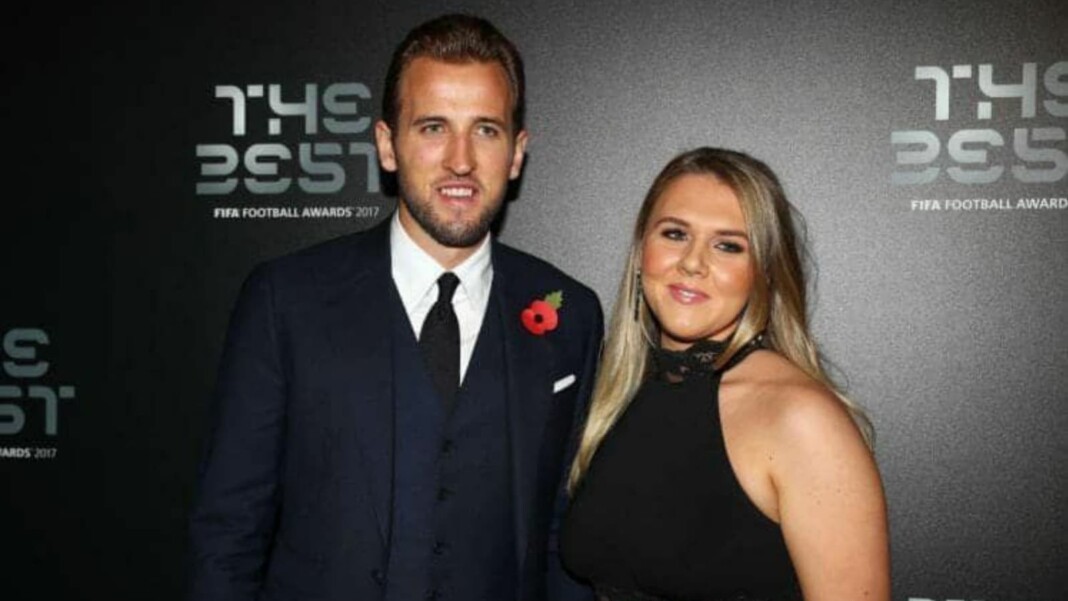 Harry Kane- The England and Tottenham Hotspur skipper is currently one of the best strikers in World football. He is currently England’s top scorer in the ongoing EURO 2020 and is looking to lead the Three Lions to a first major tournament victory since 1966.

After a poor start to the tournament, where he did not score in the first three matches Harry Kane has finally found his goal-scoring mojo back and scored 3 in the last two matches. A goal against Germany and a brace against Ukraine has taken England to the semi-finals of EURO 2020. And the player has credited a major share of his good fortune to his wife. Let us take a look into Harry Kane wife- Katie Goodland who was in attendance for her husband’s matches.

Katie Goodland and Harry Kane have known each other since school days, after the duo met in junior school- Chingford Foundation School in Northeast London. The pair started dating in 2011 and dated for around five years before taking the plunge in their relationship.

In 2005, the duo was spotted with David Beckham at the opening of his football academy as a pair of 11 and 12-year olds. The two were not involved romantically then but they shared a beautiful friendship which has simply blossomed with time.

Katie is a sports psychology graduate and has since focused on a career in fitness with a degree in sports science. She currently works as a fitness coach at a gym in Walthamstow. Harry Kane brought out the romantic in him, when he proposed to Katie in Bahamas with a big romantic gesture.

After their marriage took place ultimately in 2019, Harry said of Katie: “We went to school together, so she’s seen my whole career. Of course, she’s finding it a little crazy. I think she’s even been in the papers a couple of times taking the dogs out.”

Harry Kane and Katie Goodland became parents for the first time in 2017, when they welcomed their first daughter Ivy Jane Kane. They had a second daughter named  Vivienne Jane Kane a year later in August 2018. They also have a baby boy named Louis Harry Kane who was born as recently as 2020.

As England look to win the EUROs this year, expect to see Harry Kane’s wife to be in attendance at the Wembley when her husband takes the pitch on the 8th of July for the EURO semi-final.