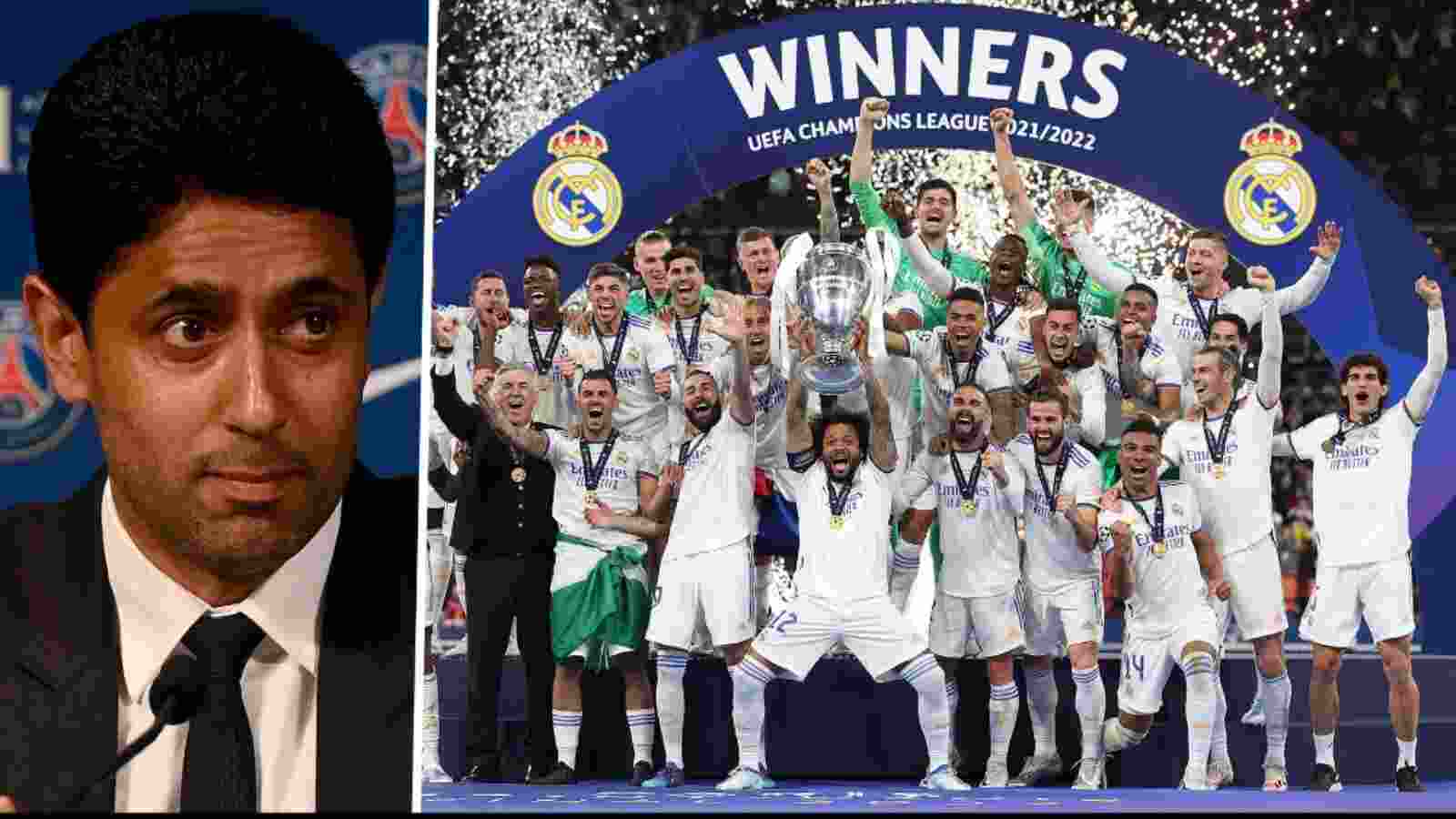 PSG president Nasser Al-Khelaifi launched an unprecedented attack on Real Madrid, saying that “they meant to kill it” and after went out to win the Champions League just a few months later. Madrid won the 2022 European Cup after defeating Liverpool in the final in Paris. Madrid had also spearheaded the unsuccessful attempt to form the European Super League.

PSG avoided the failed ESL plans and has long pursued Champions League success, but their all-star team has constantly fallen short. Al-Khelaifi claimed in an interview with Gazzetta dello Sport that a closed-door European tournament like the Super League would be disastrous for football and that it was crucial for teams from outside the self-declared elite to go to the Champions League’s semifinals.

He said: “I respect the big clubs. Real Madrid deserved the Champions League: they celebrated it for days and then they want to kill it. I like to see Ajax in the semi-finals, Tottenham in the final. I remember with emotion PSG’s first outings in Europe, in Salzburg with the bare-chested fans freezing. It is the soul of football. It is unfair to deny it with a closed league. We will not let that happen.”

Al-Khelaifi also targeted Tebas, the head of the Spanish league, who has long criticized PSG and their cash from Qatar, which has allowed them to make expensive signings like Neymar and Lionel Messi and rule Ligue 1.

Tebas recently railed at PSG for extending Kylian Mbappe’s contract while he was about to sign with Real Madrid, calling it an “insult to football,” before publicly criticizing both Paris and Manchester City for allegedly violating financial fair play regulations.

Al-Khelaifi has now hit back, saying: “Tebas who? I do not give lessons to anyone or interfere with other clubs or leagues. It is rude to pretend to tell others what to do. I do not accept lessons from those who see the champions as a threat to their league. I have a project to build, respecting everyone.”

Also Read: “I cant give you an answer”-Real Madrid star Asensio on whether he wants to play for Barcelona