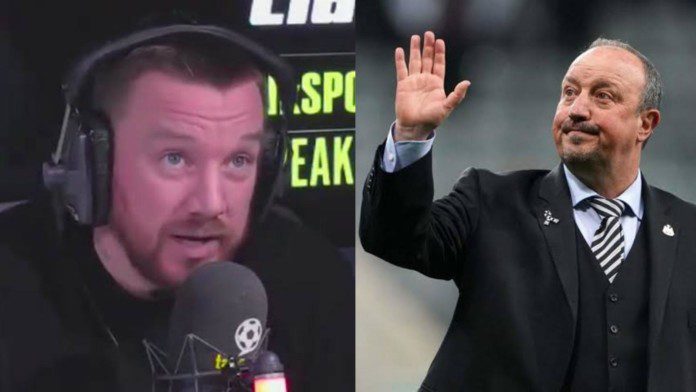 Everton has taken a huge fall in the Premier League table after they have put up some disheartening performances for their fans, leaving them enraged and shattered with hope.

The Everton board has taken a drastic measure recently as they have resorted to sacking Rafa Benitez who was just appointed as the Everton manager six months back, due to his lack of inconsistency to deliver a proper outcome.

However, there has been an aphorism as some say, Rafa Benitez had a very weak squad at his disposal and the board is at fault as they have not provided the Spaniard with the support that he could have used to build a proper and better team.

Jamie O’Hara, Tottenham midfielder and currently speaker in the podcast of TalkSport, made some corny comments as he indirectly took a dig at the board of the Everton Club after they fired Rafa Benitez.

Jamie O’Hara in his recent talkSport podcast said Rafa is not the only problem Everton has as he goes on to compare Rafa Benitez with Ancelotti’s second opening stint with Madrid, “Carlo Ancelotti had to gone to Real Madrid who is at the top of the League, so Ancelotti is not a bad manager. They have put in poor performance last season.”

“There is something wrong going with that football club whether it is the owner and how it is run, the director of football, the way the training is being done by the coaches or the manager, or the players are not good enough and not wearing the badge how it should be worn.”

“The performances are nowhere near acceptable from what you’d expect from an Everton team. You can blame Rafa Benitez, but I don’t think he was the main problem at that football club.”

Everton is currently scouting for their new manager before they take up Aston Villa in the Premier League who is in an uprising form as they majestically made a comeback against Manchester United drawing the match 2-2 before the full time.

There have been certain rumours regarding Roberto Martinez, the current Belgian international manager to take the reigns of Everton as it’s reported the Board has sent a request to the Belgian Association.

Also Read: Christian Eriksen back to Premier League? Brentford among many approaching the Danish International 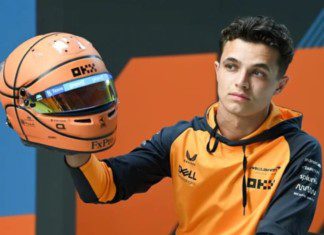 Anish Arora - May 11, 2022
The Formula 1 2022 season has concluded five rounds of the world championship in its new era. Last race weekend, the cars of Formula...

“Young, Hungry and Free-spirited” Stefanos Tsitsipas sees his younger self in...