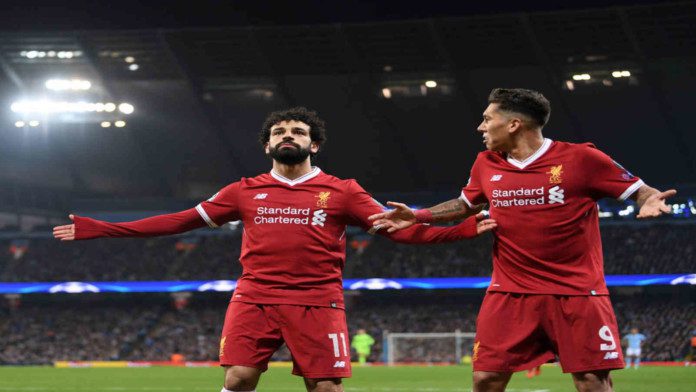 Jurgen Klopp is a master tactician and the German coach proved why he’s one of the best yet again, as Roberto Firmino scored Liverpool’s first goal against Inter Milan. The Reds earned a hard-fought 2-0 lead against the Italian giants to take back home for the second leg to be played in March.

After a goalless first half, between two evenly matched sides, Jurgen Klopp decided to call upon his Brazilian striker Roberto Firmino, to replace Diogo Jota. However, with his side still on the back foot in the second half, the german decided to make three more changes inside the first 10 minutes of the second half, which turned the tie towards his side.

The deadlock was eventually broken by Roberto Firmino in the 75th minute of the game after the substitutions helped Liverpool grab more control of the game and fashion chances themself after withstanding long spells of defending inside their own half.

Liverpool earned themselves a corner, courtesy of Alexander Arnold’s cross and it proved to be the defining moment for them. Arnold’s defensive partner, Andy Robertson got in a perfect cross from the set-piece to give Firmino an open header, which the Brazilian guided brilliantly into the far corner.

Liverpool then went on to score yet again, this time through their Egyptian King, Mohamed Salah who scored his first goal after making a return to the club this month from the AFCON championships with Egypt.

Salah found himself on the end of a loose ball inside the penalty box, and his shot took a vicious deflection off an Inter player to settle into the bottom right corner, giving Handanovic no chance to stop it from going in.

The 2-0 victory will be a perfect result for them to take back to Anfield and it has almost certified their spot in the quarter-finals of the UEFA Champions League.

Prateek Sinha - May 14, 2022
Alexander Zverev and Stefanos Tsitsipas faced each other for the 12th time in the semifinals of the Italian Open 2022. This is their third...