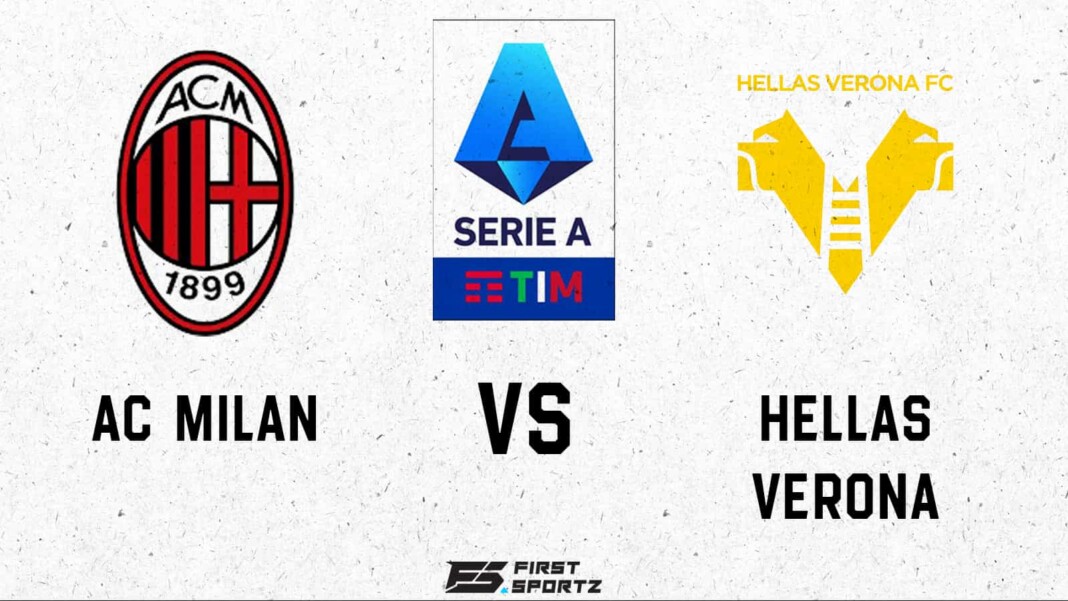 AC Milan resume their league campaign as they welcome mid table side Hellas Verona at the San Siro on Saturday 16th October. Milan are in second place with 19 points trailing leaders Napoli by 2 points. Meanwhile the visitors are 12th in the table with 8 points so far.

AC Milan unbeaten run in league continues as they were victorious in their last game before the international break in a thrilling 3-2 encounter against Atalanta away from home. Stefano Pioli’s men made a flying start scoring right from the kickoff through defender Davide Calabria. Milan’s 21 year old midfielder Sandro Tonali doubled his side’s lead after he caught Freuler in possession before side footing it past the Atalanta goalkeeper Musso. Rafael Leao then added a third to take the game away from Atalanta. Milan however survived a late rally from the home side with Duvan Zapata and Mario Pasalic scoring in the dying moments of the game.

Their opponents, Hellas Verona are coming off a comfortable 4-0 win against Spezia in their last game. Giovanni Simeone, Davide Faraoni and Gianluca Caprari all scored in the first half to give their side a commanding 3-0 lead. Daniel Bessa then added a fourth goal in the second half to round off a complete performance on the night.

AC Milan will host Hellas Verona at the San Siro Stadium in Milan, Italy. It is also known as Giuseppe Meazza Stadium and AC Milan share this stadium with their city rivals Inter. It has a total capacity of 80,018 seats and it is one of the oldest and largest stadium in Europe.

AC Milan will surely want to keep their unbeaten run going with a win against Hellas Verona at the weekend. Stefano Pioli’s side are in impressive form this season. A win will surely give them a boost as they travel to Portugal to face FC Porto in their third group game of the UEFA Champions League. Hence we predict a win for the home side AC Milan.