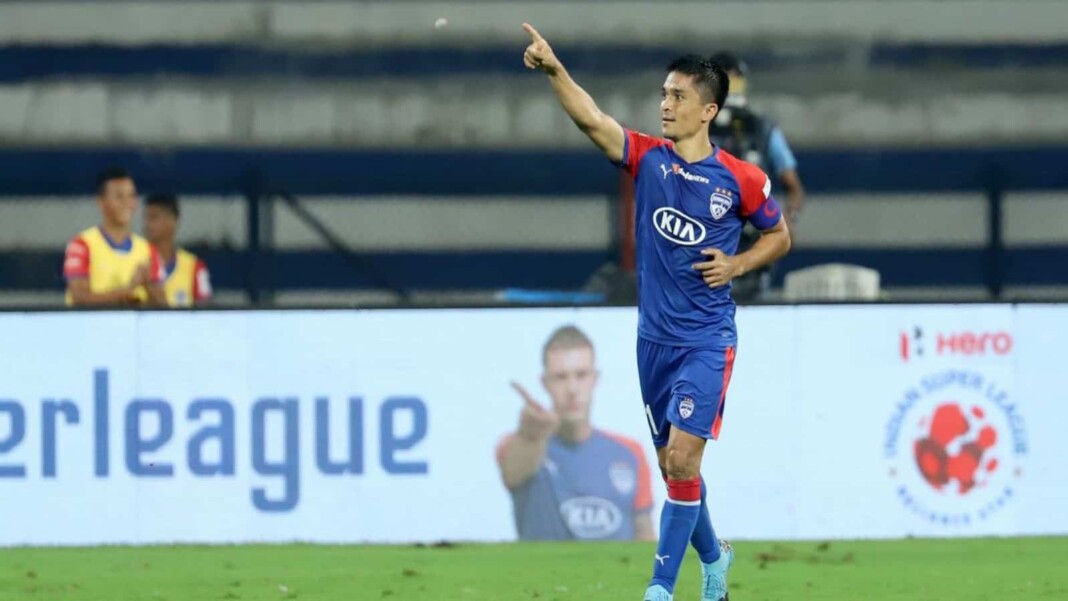 The Indian and Benguluru FC skipper Sunil Chhetri will be seen in action for the Indian Super League sides for two more years. The 36-year-old joined the Blues in 2013 and has scored 101 goals for Bengaluru FC.

The new deal will see India’s record goal scorer remain at the club till the age of 38, which comes as a good news for all Indian fans. He will have played for 10 years at the club when his deal expires in 2023.

Chhetri was Bengaluru’s top-scorer in the previous 2020-21 season where he netted eight goals in 20 games. He is the highest Indian goal-scorer in the history of the ISL with 47 goals from 94 games and is now only one goal shy of the ISL’s all-time leading goal-scorer, Ferran Corominas.

The striker was very happy after signing the deal as he wanted to play for his home city, which has been a family for him throughout the years.

“I’m really happy to have signed on for two more years at Bengaluru FC. The city is home now, and the people at this club are like family to me.

“It feels like just yesterday that I signed for the first time here, and I have to say the journey has been nothing short of special. I love this club, the supporters and the city, all three of which I have a strong bond with, and I’m looking forward to being part of many more great moments with them,” said Sunil Chhetri.

Chhetri has won the lot with Bengaluru FC that includes two I-Leagues, two Federation Cups, one ISL title and a Super Cup crown. He was also instrumental in the club’s run to the AFC Cup final in 2016.