The last few days has been quite something for the west London club Chelsea and their fans all over the world. On Wednesday evening, Roman Abramovich announced the sale of the club saying he believes “it is in the best interest of the club” after Russia’s invasion of Ukraine.

Talking about the situation, Chelsea manager Thomas Tuchel said it is very big news for the team and he hopes everything works out well.

The questions obviously turned to whether Tuchel is doubtful about his time at Chelsea, to which he replied that he is not that worried about it.

He said, “Chelsea is, from my point of view, for me, it is a perfect fit. I love to be here, I love everything about the club and hopefully, it continues.

“There is an uncertainty, but, isn’t it always as a football manager?

“So, I am used and trained to live with it on different levels and this is of course quite the level.

“I am positive and hope things will end well.”

The German believes it was a fitting send-off for Chelsea’s beloved club owner Roman Abramovich.

“We are very happy we could give him this and win it for him,” he said.

“We closed the cycle for him and for his effort and passion and commitment to the club. So it was good timing.”

Also read: Chelsea squad was shocked at the owner’s decision to sell the club

N’Golo Kante talks about Chelsea players’ reaction to the news

N’Golo Kante has admitted that the squad have been caught off-guard by Roman Abramovich’s shocking decision to sell the club.

N’Golo Kante has become the first Chelsea player to speak out on Roman Abramovich’s decision to sell the club and says the players at Stamford Bridge were ‘not prepared’ for the owner’s statement.

The Chelsea midfielder, in the interview with Sky Sports, said, “It was something we were not prepared for.”

“It came quick, but the only thing we can do because we don’t control these things is do as best what we have always done … playing football.

“Playing football is the best for us, for the club and for the fans … it’s the only thing that we control and we want to do that.”

Also read: Is the European Super League back? What are the changes this time? 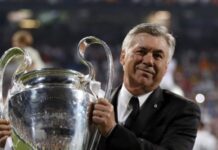