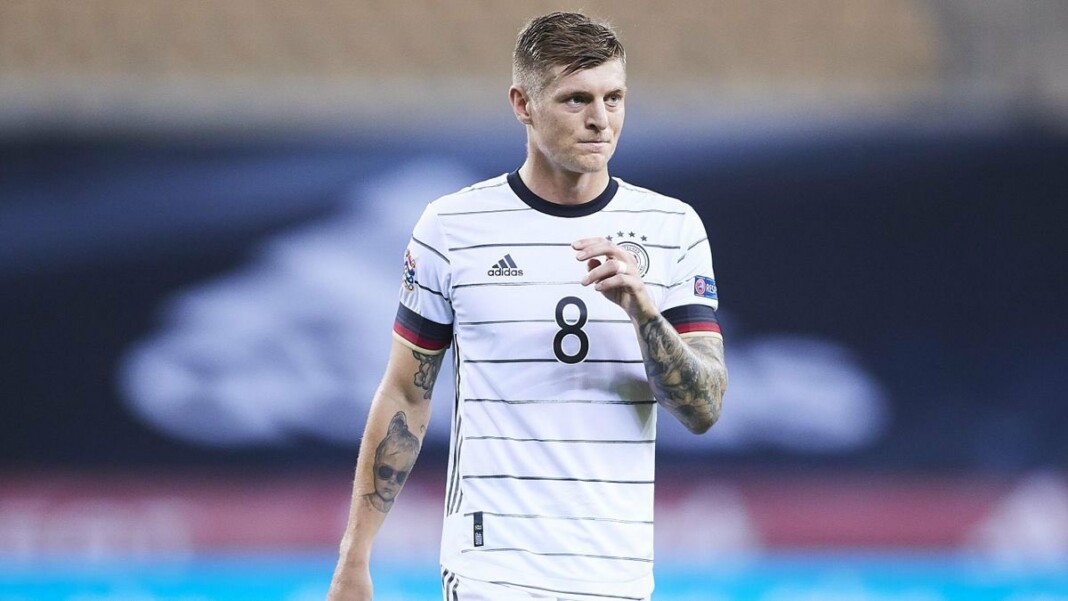 Germany are out of the EUROs after suffering a 2-0 defeat against England at the Wembley Stadium in London. The exit will prove a bitter pill to digest for some German fans as reports have emerged that Toni Kroos, the midfield maestro will hang up his boots from international soccer.

According to reputed German news outlet BILD, Toni Kroos has reportedly decided on announcing his retirement from international football after their EURO 2020 exit. Toni Kroos was arguably Germany’s best player of the competition.

Toni Kroos, 31 had already announced that he was not someone who would keep on playing till the wee years of his 30s and it seems like the German has had enough of international football. A World Cup winner with Germany in 2014, has made 106 appearances for Die Mannschaft, making him the joint 7th most capped player alongside former Bayern teammate Thomas Müller.

Toni Kroos recorded 17 goals for Germany so far arguably the best of them coming at the World Cup in Russia when he scored in the final minute of the match against Sweden to keep his side in the competition.

Toni Kroos, was one of the German players who acknowledged the fact that they were not good enough on the day against England and the fact they hacked effectiveness in the attacking third.

“It was a very even game until the goal against us,” Kroos told MagentaTV. “Both teams neutralised each other. Maybe we lacked effectiveness. We progressed from a difficult group but this is very disappointing right now.”

Although the FIFA World Cup is scheduled to take place next year in 2022, which is about 18 months from now, it seems that the midfielder does not want to play in the marquee event and would rather retire now as the German team goes through a major overhaul.

However, the German star has not confirmed anything as of yet after the exit and a confirmation is expected within a few days.

Also Read: Euro 2020: England Vs Germany – Twitter reacts as high-flying England pull off an emphatic 2-0 victory over the Germans