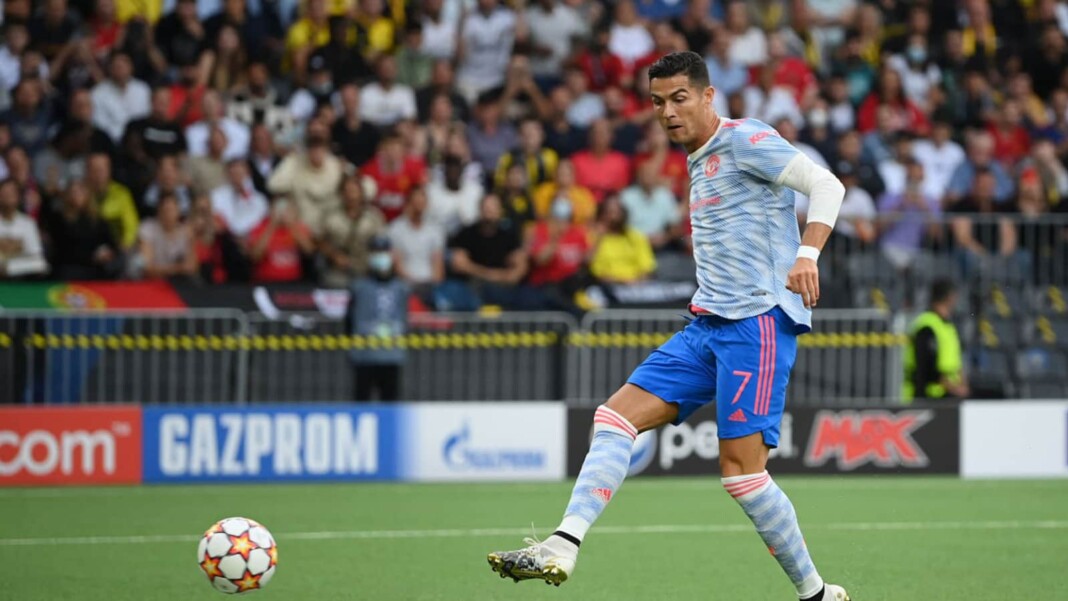 Cristiano Ronaldo has been creating havoc after his arrival at Manchester United. The Portuguese has had a terrific start this season and has already scored 3 goals in his first two appearances.

The goal against the Swiss team, Young Boys came after Bruno Fernandes fired a delicious cross into the box at the 13th minute, which Cristiano Ronaldo shot directly into goal to put Manchester United 1-0 up in the score card.

The cross from Fernandes was beautifully executed, crossing with outside the boot from the left side with his right leg which Ronaldo shot at one go through David Von Ballmoos leg into the goal.

Cristiano Ronaldo opened his goal scoring tablet this season with Manchester United last Saturday after he scored two back to back goals against Newcastle United in the premier league, to win the match 4-1.