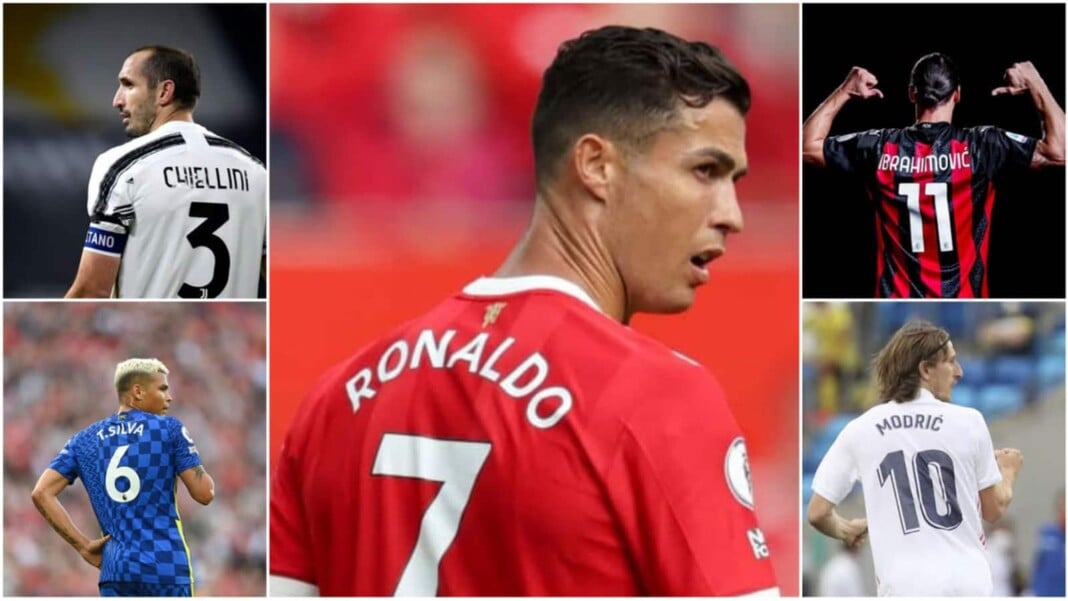 We have seen that stamina, speed and age plays a very important role in the game of football, players have to keep up with pace of the game for the entire time on the field. But there are certain players who have proved this statements as a myth and they continue to dominate the field with their hardwork and perseverance, irrespective of what their age is.

One of the best defender in the world football right now is Thiago Silva, the Brazilian centre back who currently plays for the English club Chelsea. The 36 year old defender is still one of the fastest and still able to keep up with any pacy forwards at his age. Franco Baresi one of the greatest Italian defenders of all time once said that if anyone in the world who matches his playing style it’s Thiago Silva and mentioned him to be his ‘heir’.

Thiago Silva dominated in the French league with PSG for almost a decade before moving to England. In 2019/20 season Silva came very close to winning the Champions League with PSG but unfortunately was not able to defeat the German giant Bayern Munich in the finals. Not long did he have to wait to win the Champions League title as in the 2020/21 season Silva won his first UEFA Champions League title with Chelsea. The Brazilian is not yet ready to hang up his boots as he continues to prove his worth in the grand stage of European football.

Italy has seen many great defenders to grace the football pitch, among one of them is Juventus and Italian national team captain Giorgio Chiellini. Giorgio Chiellini is 37 years old, which looks like nothing for him compared to what he provides on the field. He recently won the 2020 Euro with the Italian National Team and according to the records no player was able to successfully dribble past the Italian pair of Bonucci and Chiellini.

Chiellini usually referred to as King Kong by fans, has been dominating the Italian League for almost one and a half decade right now. The defender does not seem to excel with his speed and pace but his physicality and awareness in the game makes him one of the best in the world right. Giorgio Chiellini has also received Order of Merit of the Italian Republic, getting the 5th class or Knight in 2004 and recently receiving the 4th Class or Officer in 2021.

Luka Modric, the Croatian midfielder is known to do wonders through his gameplay as soon as he steps his foot on the field. The 36 year old midfielder has been showcasing his skillset for the Los Blancos for the last 9 years for now. Luka Modric is known as a Creative Playmaker, he is known to change the face of the game anytime with his presence on the field. He has a very clear vision and also has very good accuracy in long range shots.

Luka Modric has incredible stamina and his age does not really reflect on his gameplay at all. The Croatian has won the Champions League with Real Madrid four times, the Ballon D’or in 2018 and also the Golden foot in 2019. Modric is not yet ready to stop playing football as he perseveres to achieve more with the Los Blancos in the coming season.

Zlatan Ibrahimovic referred to as one of the most decorated players in the footballing world, is a beast or in his own words we may say ‘ Lions don’t compare themselves with humans’. At the age of 39 the Sweedish strike is still going on like he is getting more young as each day passes. Zlatan Ibrahimovic is one of best strikers in the world and is very ferocious, physical and sometimes even very scary. He is one of the most athletic player on the pitch and has scored many goals in ways people could have never imagined.

Zlatan has played in the top clubs in the European football and has also even explored American MLS league too. He has something in each and every club that he has played for now. Ibrahimovic is the highest goalscorer of the Sweden National team with 62 goals. ESPN once said that, “good in the air, quick, tall, strong and agile, he plays well with his back to goal and boasts some of the best finishing, vision, passing and ball control around.”

The footballer which was obvious to come at the top of the list is Cristiano Ronaldo, the man who is a work machine and a role model to many. Ronaldo has been breaking records after records still at the age of 36. Recently he broke the record of Ali Daei and become the highest goalscorer in Men’s International Football with 111 goals. He has won the Ballon D’or Five times and has been dominating the European football since he stepped foot on the field.

Cristiano Ronaldo has literally shown the whole world that for him ‘Age is just a number’. The Portuguese striker has won the Champions league 5 times, 1 with Manchester United and 4 with Real Madrid. He has also won the Euro once and Nation League too in his international colours, captaining Portugal to their glory. Ronaldo is the only player in the world to have scored more than 100 goals with three different clubs.

Also Read : Who is Ibai Llanos? Why is everyone talking about him?