As per recent pictures shared by the Hard Rock Stadium’s official Twitter account, it seems the preparations are in full swing at the stadium to make sure they are able to host a race worth remembering come 06-08 May.

The pictures that have been shared take a look at Turn 17,18 and, 19 of the Miami Grand Prix. As per the pictures, the turns are looking almost ready and with just a few finishing touches left to be given.

A bit about the Miami International Autodrome

The city of Miami is going to play host to its first-ever Formula1 Grand Prix in May and the authorities are leaving no stone unturned in order to deliver a spectacular event, one that would be able to leave an imprint in people’s hearts for a long time.

The authorities have signed a 10 year deal with Formula1 that is going to start this May and is going to continue till 2032. Given the interest that Formula1 is gaining year on year, it is a brilliant deal on part of both parties and it would help in making the sport popular among the masses and would help the business industry in Miami to increase revenue through the Formula1 supporters.

The hype for the 2022 Formula1 season is huge given new regulations are kicking in during 2022 and with the introduction of new tracks like the Miami International Autodrome, Formula1 is only going to gain more and more followers as the 2022 season will progress.

Spanish Grand Prix: Barcelona all set for sunny conditions throughout the weekend, almost no chances of rain

“They’re gonna have to support him”: Marcus Ericsson urges Ferrari to back Charles Leclerc for World Championship 2022 title 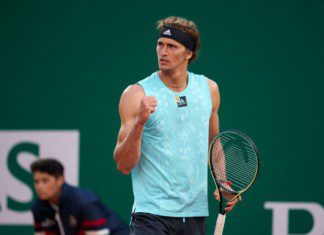 Atrayo Bhattacharya - May 13, 2022
Alexander Zverev storms into the semifinals at the Italian Open as he comes up with a dominant win over Chile's Cristian Garin. The big...