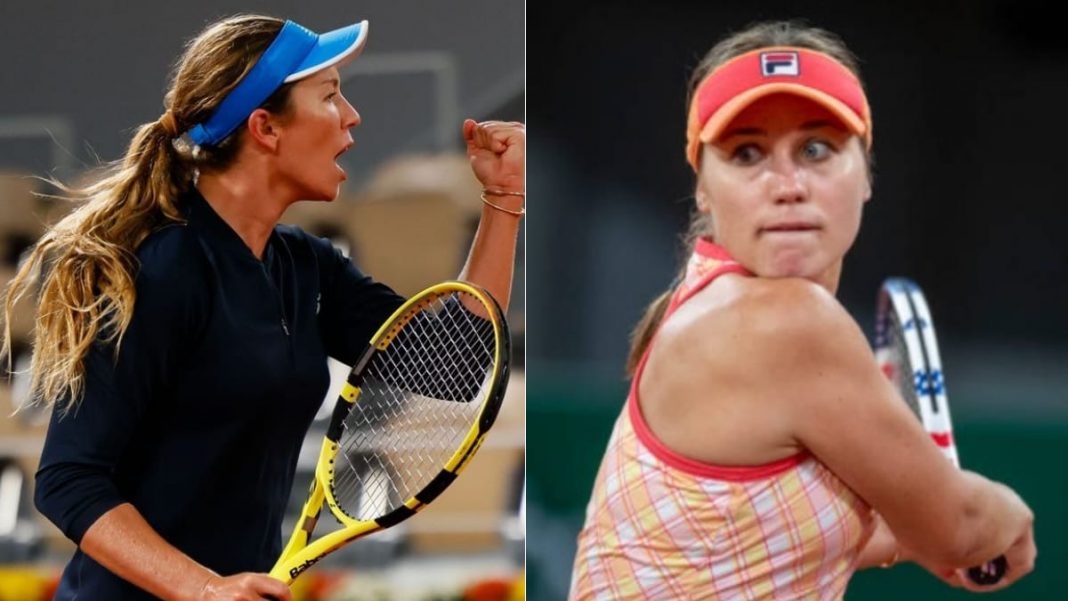 Defending Australian Open champion and 4th-seed Sofia Kenin will have her task cut out against her nemesis and compatriot Danielle Collins in the last-eight clash at the French Open 2020. Collins, entering her first ever Roland Garros quarterfinal, is on a giant-killing run and has already conquered 30th-seed Ons Jabeur and former French Open champion and 11th-seeed Garbine Muguruza.

Talking about the road to quarterfinals, barring the Round of 64 match, all the encounters involving Collins have gone into the decider. This shows that the 26-year old American has quite a good control over her nerves. Today only, the World No.57 eked out a 6-4, 4-6, 6-4 thrilling victory over Jabeur in the fourth round. Collins has time and again proved that no rankings matter in women’s singles and anytime we can witness an upset or two.

Similarly, Kenin too has had to battle her way to the last-eight. The 21-year old American’s matches, excluding the third round, have gone to the distance, meaning she also finds out a way to close out the contests without getting nervous. The previous match of the World No.6 was no different as Kenin lost the opening set before making a comeback to dispatch local favourite Fiona Ferro in three-sets 2-6, 6-2, 6-1 in the Round of 16. With that, the French competition has ended in the singles category across both the sections.

Surprisingly, Collins has a silver spoon over Kenin as she is yet to be beaten by her compatriot. So Collins leads the head-to-head record 3-0. They last played against each other earlier this year in Adelaide, Australia. It was a Round of 16 match where Collins sailed past Kenin in straight sets 6-3, 6-1.

For now two consecutive matches, because of Collins, our predictions have gone haywire. This time around, though, there is a possibility that finally her dream run comes to an end. The reason behind it is that Kenin must be having a close look at the head-to-head record and she might be desperate to open her account. Having said that, it is going to be another three-set match for both the ladies, with Kenin coming out on top in a closely contested affair.