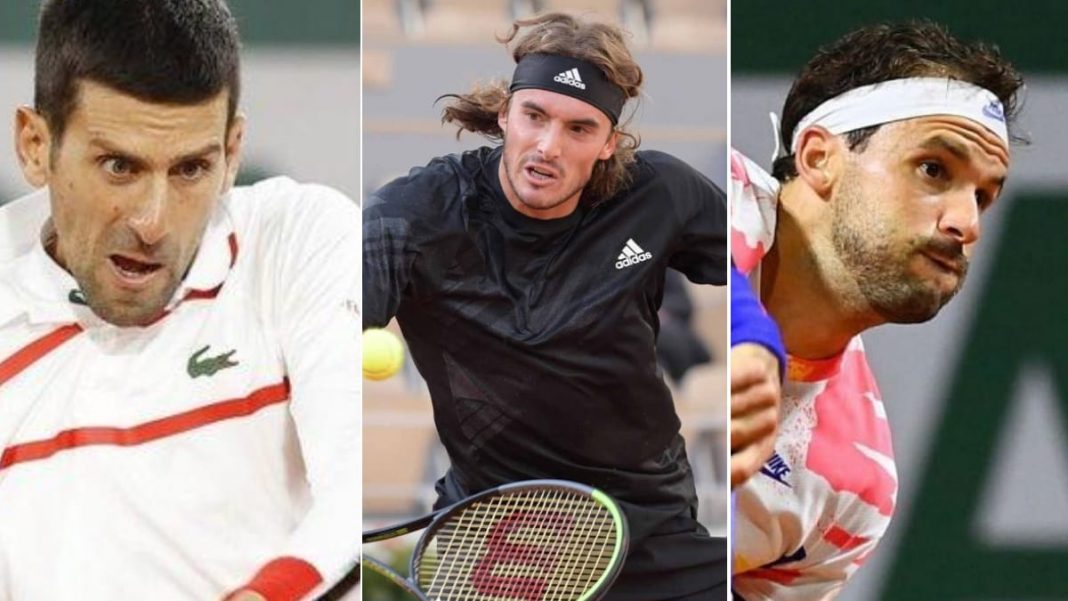 French Open 2020 is marching towards its final week. On day 7 of the grand slam, the world no.1, Novak Djokovic was remarkable, winning in straight sets.

Meanwhile, Stefanos Tsitsipas and Grigor Dimitrov are into round 4 too, thanks to a walkover from their respective opponents. The Russian next-gen star, Andrey Rublev and his compatriot Karen Khachanov also advanced to round 4 of the French Open.

Novak Djokovic advances to the fourth round of the French Open for the 11th straight year. He defeated luck loser, Daniel Elahi Galan 6-0, 6-3, 6-2. The Serbian dominated the easy match, breaking Galan in all three games in the opening set. Novak successfully saved all five break points against his serve. He is up against Karen Khachanov in round 4.

Tsitsipas and Dimitrov sail through

Stefanos Tsitsipas and Grigor Dimitrov enjoyed a comparatively easy win. They received walkovers, as their respective opponents conceded the match. Ironically, the duo is up against each other in the next round.

Grigor Dimitrov is into his first round of 16 at the French Open. He was leading 6-1, 6-3 against Roberto Carballes Baena, who retired. Dimitrov has not dropped a single set while making it to the final 16.

Stefanos Tsitsipas was leading his match against Aljaz Bedene 6-1, 6-2, 3-1 before the latter chose to retire. The Greek is into the round of 16 for the second straight year.

Karen Khachanov into the round of 16

The Russian player Karen Khachanov beat Cristian Garin 6-2, 3-6, 6-4, 6-2. This is the 4th straight year that Khachanov has reached the round of 16 at French Open. In a remarkable performance, Khachanov won 48 percent of his return points. He successfully broke the four-time ATP clay-court titlist eight times during the match.