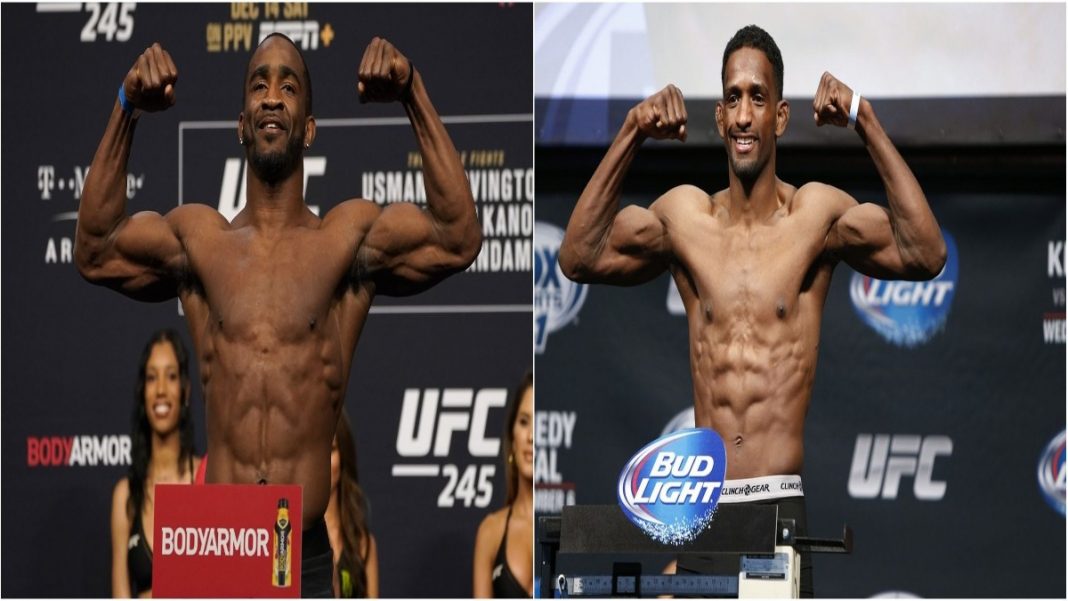 Geoff Neal and Neil Magny will finally be facing off, after almost 8 months after their fight was scheduled for the first time. The two welterweights were scheduled to face-off in August, last year. But, Geoff Neal withdrew due to health issues, and now, here they are, set to face off on the 8th of May, at UFC Fight Night : Sandhagen vs Dillashaw.

Brett Okamoto of ESPN MMA first reported the news, and a location has not been announced as of now. He tweeted, “The Neil vs. Neal matchup we saw canceled in August is booked again, per sources. And we don’t have to wait long to see it. Neil Magny (@NeilMagny) vs. Geoff Neal (@handzofsteelmma) added to UFC Fight Night on May 8.”

Both the fighters had their winning streak snapped recently!

Neil Magny is coming off a loss against Michael Chiesa at UFC Fight Night in January, this year. The number 9 ranked welterweight was on a three fight win streak prior to that unanimous decision loss to Chiesa. He will be looking forward to getting back to winning ways and breaking into the top 5 of the welterweight rankings.

Geoff ‘Handz of Steal’ Neal, on the other hand, is coming off a loss against Stephen Wonderboy Thompson. The number 11 ranked welterweight had been on an unbelievable 7 match win streak, prior to that, defeating notable opponents like Mike Perry, Niko Price and Belal Muhammad.

Also Read : `‘That would definitely be the number 1 fight’ – Francis Ngannou on fighting Jon Jones