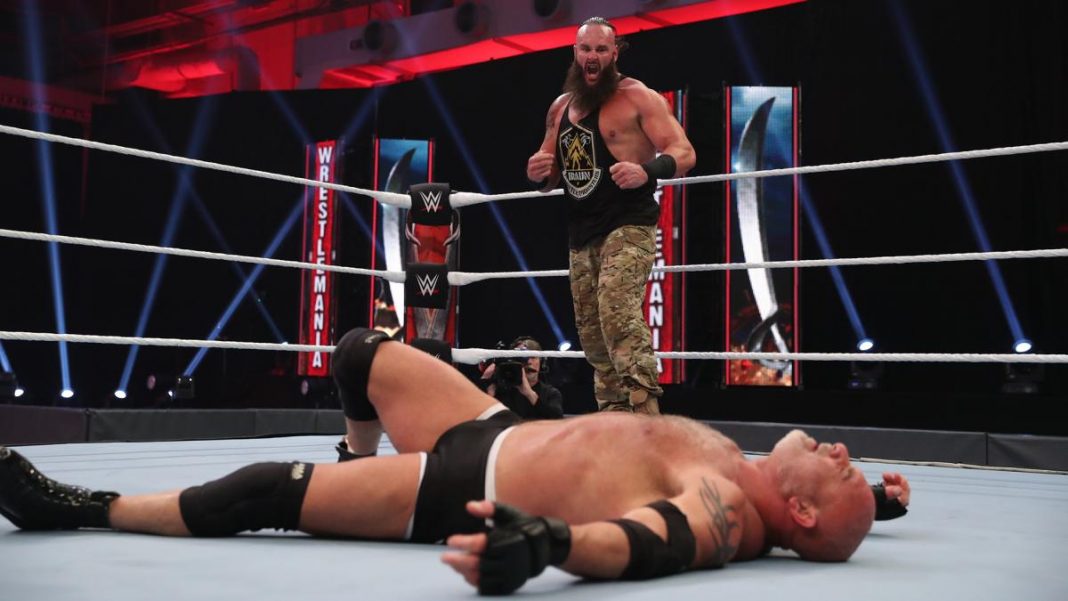 WWE Hall of Famer Goldberg entered Wrestlemania 36 as a Universal Champion. He was supposed to defend the title against Roman Reigns. But due to the pandemic outbreak, Reigns decided to take a break from WWE and Braun Strowman replaced him.

In a quick match, Strowman managed to defeat Goldberg and become the Universal Champion. But the quality of the match was really forgettable. In fact, that was Goldberg’s last appearance of WWE till he returned on Raw Legends Night.

Recently in an interview with WWE on FOX, Goldberg revealed that he is also not a fan of the Wrestlemania match.

“It was miserable… dealing with the last minute change of the opponent…It was a very stressful 48 hours and again, I’m a soldier. I’m not the general. I may have an opinion about it, but it’s not my place to voice it because my opinion makes no difference in that situation. I always, when I’m brought back, would like to have had a very meaningful storyline and build up to every match or potential match that I’m involved in. It’s only fair to the fans. It’s only fair to my opponent and it’s only fair to me.”

Goldberg has no good memories of the match with Strowman

The former Universal Champion revealed that he was specifically training to work with Reigns. He was not at all prepared to wrestle someone the size of Strowman.

“I wasn’t prepared for Braun. I wasn’t prepared for a 340 pound guy. I just wasn’t. I was completely locked in on Roman Reigns. To have that switched at the last second, it was not the best day I had in the wrestling business by any stretch of the imagination. Because I think it took my passion out of it that day. There were so many circumstances surrounding what happened that day, it was something I’d just rather forget.”

Also Read: Why did Shane McMahon quit WWE years ago?