Battlegrounds Mobile India is slowly evolving to make a dominant position in the category of battle-royale games. With so many players arises a competitive scenario where everyone wants to level up faster in BGMI. It needs a lot of patience and dedication to level up faster, since players who have reached the maximum level 100 have been playing the game for quite a long time.

BGMI gave us the option where we can transfer our data from our global account where fortunately our Tier and in-game level remains untouched. For several players, BGMI provides a platform where they can manifest their gaming skills. But the level we are talking about here is not dependent upon your skills,it rather shows the amount of time the player has invested in the game, the level can be increased by several methods. Here, we have mentioned some few methods by which you can level up faster in BGMI.

Ways to level up faster in BGMI

Players can increase their level in BGMI by collecting XP from the game which is provided in almost all the matches, be it Classic, Arcade or Arena. Higher levels will also provide you with different rewards.

For upgrading your level, you need to check whether you are completing all the progress missions or not. Completing progress missions is the basic requirement to level up faster in BGMI. The missions are very simple to perform and can be completed within a day like giving a like to your teammate at the end of the match or sharing your results in social media.

While modes like Arena or Arcade can also increase the player level, playing classic matches gives you more XP so consequently you can level up faster in BGMI. When we talk about classic matches, try to play more matches in Erangel or Miramar as the matches take more time to finish so it can provide with a lot amount of XP.

BGMI provides daily missions to the players which too, are really easy to complete. They range from doing mere tasks like logging in the game, spending some time in the game, picking up helmets or vests in the classic matches. One can also refresh the missions where the tasks will be different, however rewards remain the same.

4. Survival should be your main goal

One of the prime aspects of levelling up faster in BGMI is to survive for a long time in the matches. Surviving for a long time will also increase your Tier level. Try to land in those places where enemies don’t land usually as there are high chances of survivng there. Pick up a lot of healing items like Med Kits, Bandages as healing also increases your XP.

EXP cards can be obtained by completing RP missions or they can be collected from events. One can also purchase EXP cards which costs 10 UC, by going to the Shop section, after going there, tap on the ‘Treasures’ section and you can buy the EXP card from there. These cards increases the EXP by 100% for 1 hour. So, after activating this card, try to play more classic matches.

These are some of the methods which you can try to level up faster in BGMI. 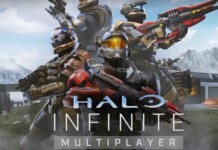