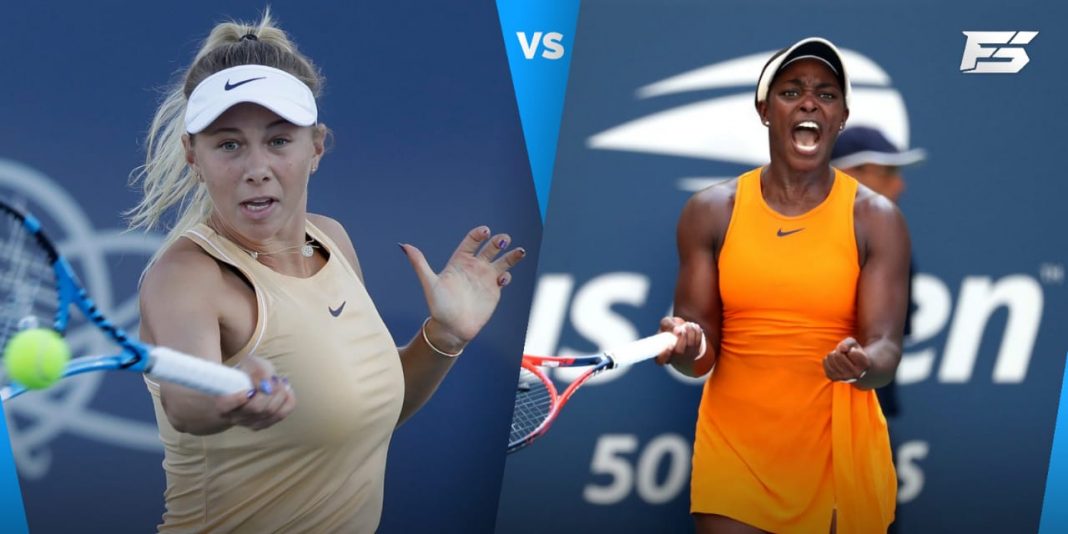 World No.49, Sloane Stephens will be playing against Amanda Anisimova, World No.32 and the 28th seeded player in the 2nd round game at the WTA Miami Open 2021 which is scheduled to be played on 26th March 2021.

Sloane Stephens is yet to pick her form in the 2021 season following her early-round exits at the previous tournaments she played in 2021. The 2017 US Open champion who was also the finalist at the 2018 French Open has been struggling for form since the start of 2019 and will be looking to repeat her 2018 feat and win the tournament.

Stephens won her first round game in 3 sets after dropping the first and making a strong comeback to win the match 6-7 6-4 6-2.

Amanda Anisimova who has been seeded 28th in the tournament will be playing her first game of the tournament after having received a bye in the first round. The 19-year old American won her solitary WTA title at the 2019 Copa Colsanitas and will be looking to get some wins under her belt after having made early exits at the 2021 tournaments she has played.

The WTA Miami Open 2021 will be the first ever meeting between the two Americans who are yet to play against each other on the tour. The head-to-head tie stands at 0-0.

Stephens has a good record on the hard court and in general on all the surfaces having made into the last 8 of all the Grand Slams. However, she has been struggling for form and that was evident in her first round game where she had to stage a comeback to win in the 3rd set.

Anisimova is well rested coming into the game and the teenager is quick around the court hitting powerful forehands as well as backhands that go flat and turn out to be her winners. Anisimova will be the favourite in this tie against her fellow countrywomen.