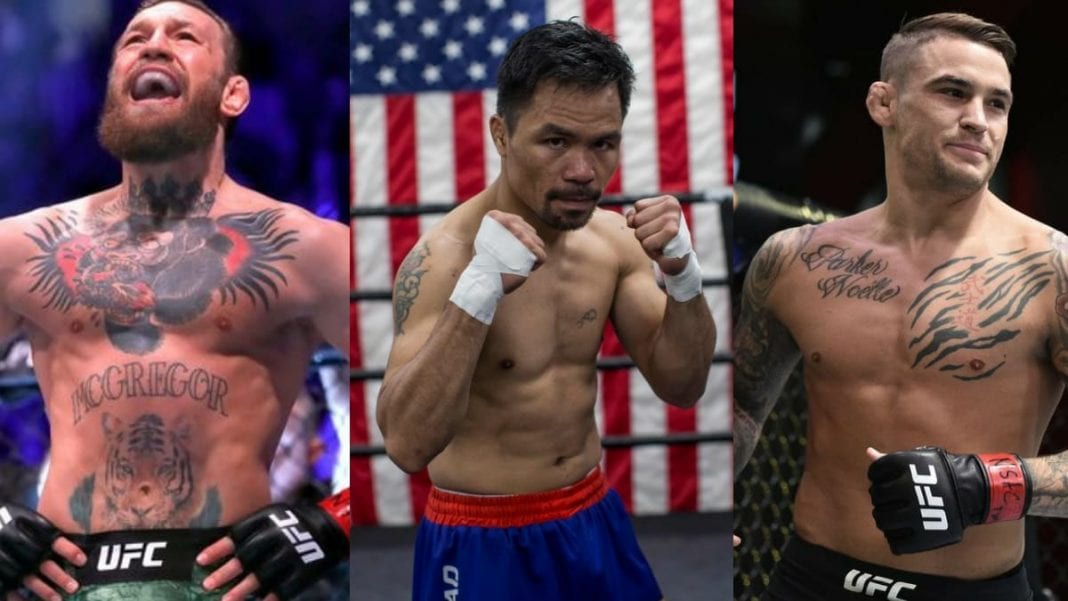 The long awaited “The Notorious Conor McGregor” vs “Diamond Dustin Poirier” was recently booked for UFC 257 on the 23rd of January. Dustin was stopped in the very first round when the two met back in 2014, and since then “The Diamond” has improved in leaps and bounds.

Speaking on this, Dustin sat with Mike Bohn of MMA Junkie in a very elaborative chat. He discussed about Conor’s boxing debut, and gave his opinion on Conor taking on Manny Pacquiao next.

“I was surprised at how much he slowed down. But, he did a decent job. You know, he landed a couple good shots. Maybe that was because Mayweather wasn’t respecting him as much as he might. A different opponent… I don’t know. He got beat up, but he didn’t look horrible.”

Dustin is coming off a victory a unanimous decision victory over Dan Hooker earlier this year and will be looking forward to continuing the same momentum when he takes on the Irishman. Conor on the other hand will be anticipating to mark his comeback with a bang, having obliterated Donald Cerrone in his last fight.

Agree with Dustin? Can Dustin make it 1-1 in the Dustin Poirier – Conor McGregor saga?

Also Read : ‘So it’s time to sign another deal’ – Tim Means says he is going nowhere