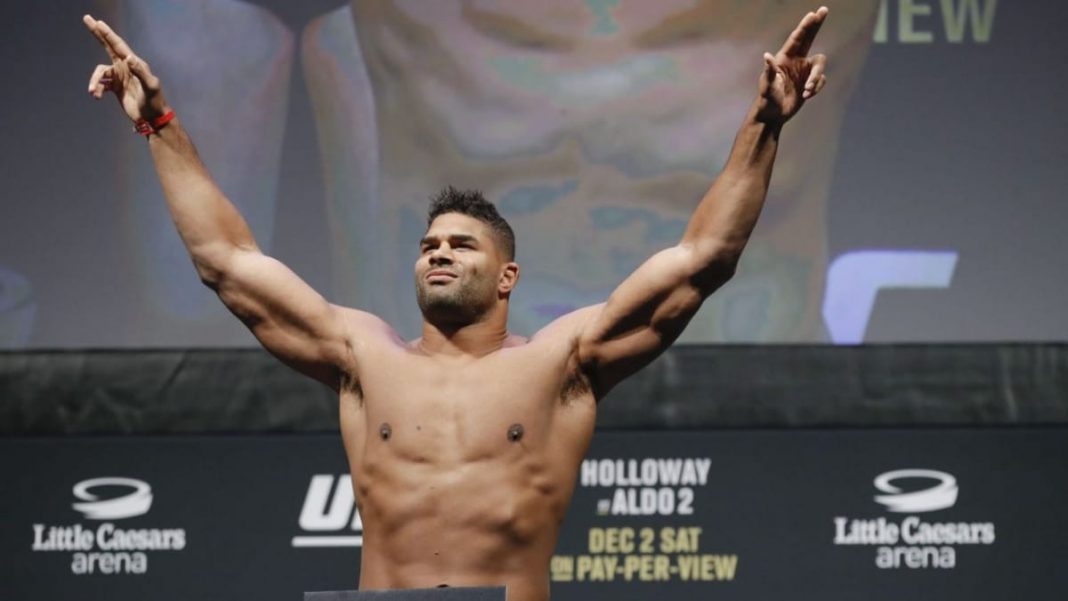 The UFC fight night 184 is all set for February 16, the main event will take place at the UFC apex, Las Vegas. Alistair Overeem and Alexander Volkov will headline this event. Overeem, who has won four of his past bouts, feels real confident and thinks this fight is in his bag right now.

He also feels that this will be the final chapter of his career to grab the heavyweight title. But his next fight will put him to the test. The big man’s next opponent is the Russian champ, Alexander Volkov.

Overeem is No.6 in the latest UFC heavyweight rankings. He will be fighting the No.7 ranked Volkov.

Overeem has won titles in Strikeforce, DREAM, and K-1. But if he wants to be remembered as a distinguished heavyweight, he needs to win the UFC belt. In the interview with MMAJunkie, he was asked about this fight with Volkov. “He’s definitely grew as a fighter, but I also grew as a fighter (since we were last booked),” he said.

“He’s definitely grew as a fighter, but I also grew as a fighter (since we were last booked. I think I’m the most dangerous to fight right now. I’m in the peak performance I’ve ever been or am, so I’m just very excited the fight is happening now. Timing for me is perfect and it is.”, the fighter said.

Overeem said he was aware of Volkov’s talent and abilities. Despite being confident, he has made it clear that this his last try to bag the UFC Belt. “I would retire immediately (after winning the title),” Overeem said. “There’s nothing to prove at that point.”