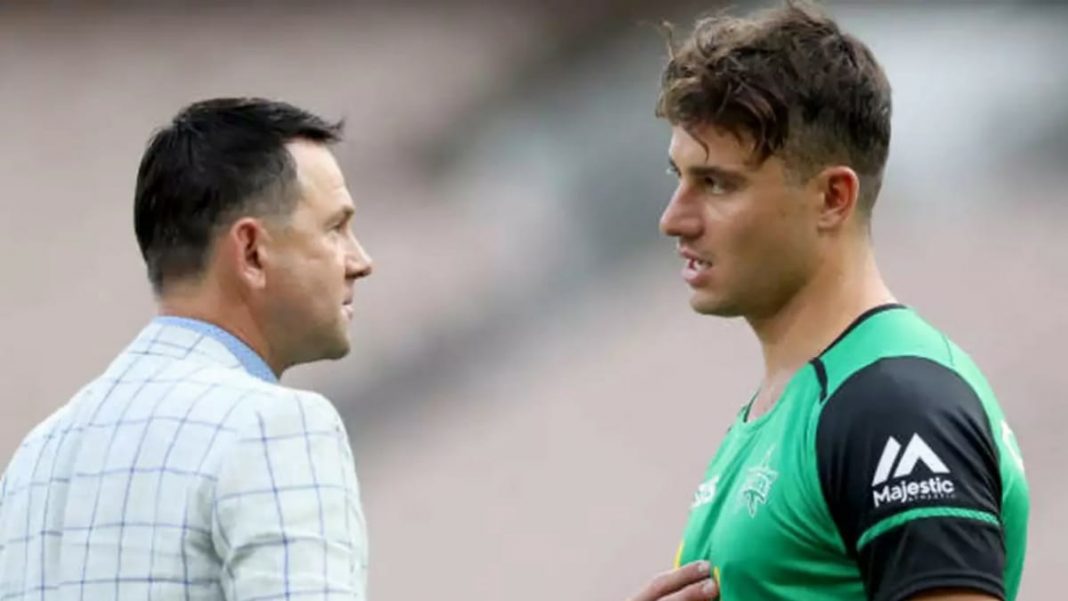 Australian batting legend Ricky Ponting has stated that Australian all-rounder Marcus Stoinis is “five times better” than he he was last year. Ponting was the coach of the Indian Premier League (IPL) franchise, Delhi Capitals (DC) of which Stoinis was a part. Stoinis flourished in the 2020 edition of the tournament with 352 runs and 13 wickets in 17 matches.

“From the moment he turned up at the IPL, having come straight from England he was pretty keen to show me improvements that he’d made. And his first few net sessions, I could just tell then,” cricket.com.au quoted Ponting as saying. “Having spent a fair bit of time with him over the past couple of years, what I saw from him at the IPL suggests to me that he’s a five times better player than he was 12 months ago,” Ponting further said.

Stoinis finished the IPL in the 19th position of the highest run-score table. He played a key role in DC reaching the finals for the first time.

“He’s worked really hard on his play against spin bowling and that’s one of the things that’s slowed him down a little bit (in the past). When he’s had to go out and start against quality spin, he hasn’t had the options to rotate the strike as much as he would like. He’s a lot more positive and aggressive agaisnt spin bowling now,” Ponting said.

“Even the best spinners in the world were trying tie him down in the IPL, but they couldn’t do it. If they over-pitched, he’d hit them straight back down the ground first ball. If they were a little bit short, he was happy to go back and pull them for six first ball,” he added.

“He’s a lot more confident in his own game and he’s done a lot of work on trying to get better at starting his innings, whether that’s against fast bowling or spin bowling,” the former Australia captain further said.

Stoinis will be next seen clashing against India in the ODIs and T20s. The modern-day rivals will play 3 ODIs and 3 T20s before fighting it out in 4 Tests. The first ODI will be played on November 27 in Sydney.

Also Read: India tour of Australia: Jasprit Bumrah looking to challenge himself against the best