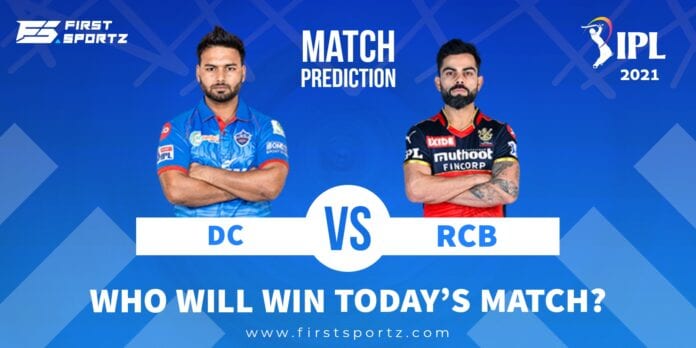 Delhi Capitals (DC) take on Royal Challengers Bangalore (RCB) today in the Indian Premier League (IPL) with a temporary climb to the top spot up for grabs. Both sides have won four out of their first five matches and another win today at the Narendra Modi Stadium will help them to a position of great strength, going into the middle stages and hence, the second half of the league phase.

RCB suffered their first loss of the season in the previous outing as they were thrashed by an inspired performance from Chennai Super Kings (CSK) led by Ravindra Jadeja. DC on the other hand, clinched victory in a last-ball thriller against Sunrisers Hyderabad (SRH) in the Super Over. With RCB looking to bounce back and DC looking to continue their winning run, this match could go either way.

Who will win today’s match: DC vs RCB

This is bound to be a cracker of a contest as it sees two of the best sides in the season so far going head-to-head. Both teams would be confident of winning this one and hence, this is an extremely difficult match-up to predict. DC’s side doesn’t seem to have a lot of problems with regard to its combination so far, but that is bound to occur with the exit of Ravichandran Ashwin who decided to ‘take a break’.

RCB have a big problem with regard to both a No. 3 batsman and a finisher after AB de Villiers. Having tried a host of different players in that position, they still haven’t figured out as to who to rely on. Despite the same, all they need is for one of Virat Kohli, Devdutt Padikkal, Glenn Maxwell or de Villiers to score big. This could be a close one, but RCB will fancy their chances of bouncing back with a win thanks to their batting talent.

Also Read: IPL 2021: Andrew Tye reveals the reason for his exit from the tournament