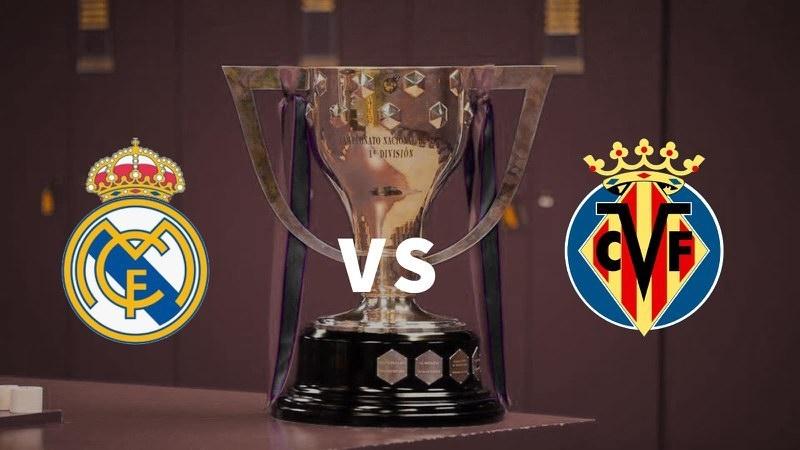 Real Madrid played out a goalless draw against Villarreal in their recent La Liga game. The match was played out at a rather slow pace, unlike Los Blancos’ previous matches where they played with a much higher tempo. Villarreal coach Unai Emery’s negative tactics of making sure his side used all the tricks in the book to slow things down seemed to have gone down perfectly in a match that won’t be remembered for a long time. With this stalemate, Real Madrid still keeps their top spot in La Liga, while Villarreal moved up to 10th place.

Thibaut Courtois- 7/10- The Belgian goalkeeper had an excellent game and pulled out two stunning saves in the first half, to keep it at 0-0. He was not called upon much in the second half, but looked sharp with his distribution skills, always looking to get Madrid on the front foot.

David Alaba- 6/10- The center-back displayed all of his leadership qualities at the back and was good with his distribution skills as well.

Éder Militão- 6/10- Made a couple of last-ditch challenges to take the ball away from the penalty box. He hardly gave the strikers any pace inside the box.

Nacho- 7/10- The left-back made a few interesting runs into the opposition penalty box while being solid defensively.

Federico Valverde- In the first half, the Uruguayan midfielder looked uncomfortable at his new right-back position and often failed to keep track of runs in behind from his side.

Casemiro- Casemiro was his usual self, clearing all sorts of danger and pressed high up the pitch. However, his passing was a bit off tonight.

Luka Modric- The veteran Croat, was not allowed to pull the strings from the midfield like he usually does as Villarreal kept most of the possession. His deliveries from the set-pieces also left a lot to be desired of.

Marco Asensio- Handed a start after his mid-week hattrick, the Spaniard showed good energy in the middle of the park chasing and pressing the Villarreal defenders high up the pitch.

Karim Benzema- 7/10- The striker did not have much space to work with and did not have many opportunities at goal. His link-up plays with Vinicius also looked a bit off on the night.

Vinícius Júnior -7/10- The winger could not continue his scoring streak but looked the most lively player on the pitch and looked the likeliest person to score for Real Madrid.

Rodrygo- 5/10- The Brazilian winger hardly had any space on the right flank, and did not link up too well with the other players. Rightly, he was subbed off at the halftime break.

Eduardo Camavinga- 6.5/10- The midfielder replaced Rodrygo and came out in the second half. He made several runs into the box finding space behind the Villarreal defenders.

Eden Hazard-6/10- Hazard came on for Modric in the 70th minute. He looked lively in the minutes he played and dug out two good crosses late on in the match.

Gerónimo Rulli- 7/10- The goalkeeper was assured inside his box and looked comfortable with whatever the likes of Vinicius and Benzema had to offer on his goal.

Pau Torres-6.5/10- The left-sided defender did excellently well along with his partner to nullify most of the threat for his side. He was great with his distribution as well and helped slow things down for Villarreal.

Raúl Albiol- 7.5/10- The experienced Spanish center-back approached a no-nonsense policy throughout the match and hardly allowed any space for Benzema and Vinicius on the left side.

Alberto Moreno- 7/10- Moreno was superb throughout the match, and did not allow either Rodrygo or Asensio any sort of space on the right flank for Real Madrid.

Juan Foyth- 6.5/10- The right-back did not look out of place against Vinicius and matched the Brazilian’s pace most often. He was poor offensively and had to be replaced for the final 5 minutes for an injury.

Étienne Capoue- 7/10- The midfielder did exactly what emery had asked him to do and kept hold of the ball for the Yellow Submarine. He was good defensively and did not allow the Madrid midfielders to find any space.

Francis Coquelin- 5.5/10- Coquelin did not have a good match, and earned himself a yellow card early on in the first half for a cynical foul on Asensio. He was soon replaced after the yellow card in the 55th minute.

Dani Parejo-7/10- A secured performance from the Spanish midfielder, who played with great freedom throughout the match. When not on the ball, the midfielder was quick to close down space.

Paco Alcácer- 6.5/10- The striker lasted only 55 minutes and had two decent chances to score, but failed to score from either of them.

Arnaut Danjuma- 6.5/10- The winger had a couple of vicious shots in the first half, running past Valverde. He faded away towards the second half, as Real Madrid began to dominate most of the play.

Yeremi Pino-6/10- The right-winger did not find much space down the right flank, as Alaba and Nacho doubled up to keep things tight at the back.

Moi Gomez- 5/10- The midfielder came on for Coquelin in the 58th minute and earned a yellow card for a late challenge on Militao.

Manu Trigueros- 6/10- The midfielder came on for Yeremi Pina to shore up things in defense for the final five minutes.