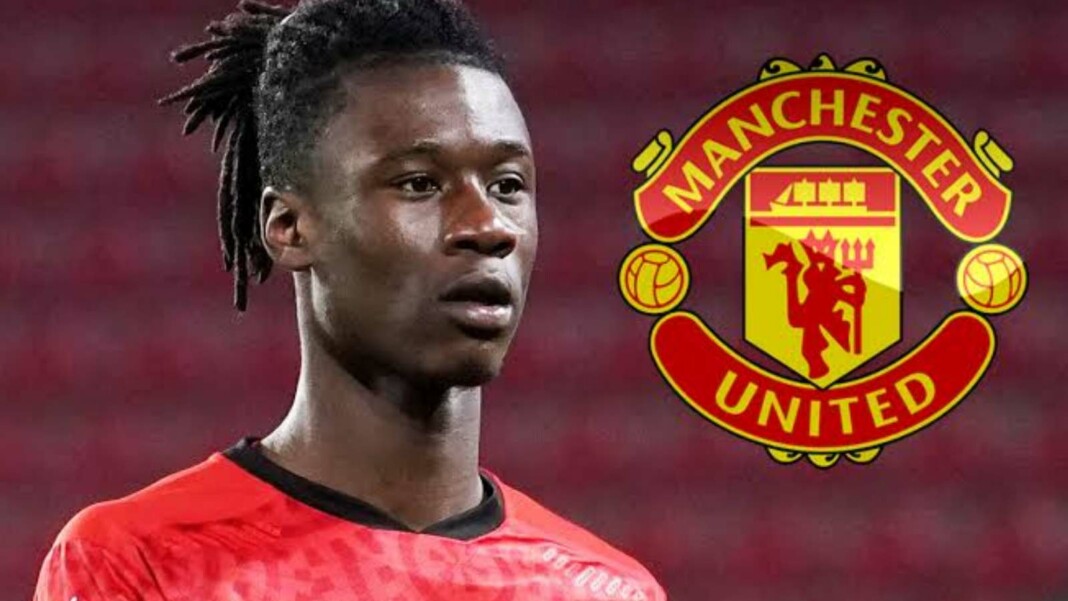 Europa League finalists Manchester United are reportedly attempting to sign French youngster Eduardo Camavinga after tying up the Jadon Sancho deal this summer, multiple sources say. United will meet the player’s entourage this week to convince them to join the historic club.

The 18-year-old box-to-box midfielder is the seventh youngest player ever to play in Ligue 1. He achieved this record when he appeared for Stade Rennais FC at the age of just 17 years old in 2020. Ever since, he has been one of the most coveted young talents on the market, with all of Real Madrid, Bayern Munich and FC Barcelona trying to sign at some point. Now, it appears that English club Manchester United might end up signing the player.

Manchester United have been trying to get right-winger Jadon Sancho to Theatre of Dreams for two seasons now, and this season they have come closer than ever. So far they have been quiet in terms of actual signings, but rumours and reports of signings players have run rife.

In just this one transfer window, United have already been linked with a host of world-class players: including Harry Kane, Declan Rice, Kieran Trippier, Raphael Varane, Jadon Sancho, and now Eduardo Camavinga. The fans of the club would be hungry for big-money signings and success next season, given that they won their last major trophy four seasons ago.

Why are United going after Camavinga?

United’s last big splurge on a French player came in the shape of Paul Pogba, who arrived for a league-record fee of £94 million. Ever since his arrival in England, Pogba has endured patchy form, shining in a few matches but failing to replicate the consistency that he displayed with Juventus. However, this has been put down to the players surrounding him rather than his own capabilities, as he has been brilliant for his nation France whenever he plays for them.

United gaffer Ole Gunnar Solskjaer sticking with a double pivot of McFred -Scott McTominay and Fred- has left Pogba either on the bench or playing in an alien position of left-wing. With Bruno Fernandes making the attacking midfield spot his own, United fans have been calling for a world-class defensive midfielder to partner Pogba at the base of the midfield: he plays alongside Ngolo Kante for France.

Eduardo Camavinga fits that profile: he covers a lot of ground, does the dirty work, and he is young and can be moulded into a world-beater. With star-studded attacking options in Marcus Rashford, Edinson Cavani, Mason Greenwood and possibly Jadon Sancho, and youngsters such as Amad Diallo and Dan James, a solid defense would see Manchester United in a title charge next season.