Trae Young led his team to a tough home victory as the Atlanta Hawks beat the Miami Heat 110-108 on Friday night. The Hawks (20-25) have now won three straight but are still out of the play-in contention as they are the 12th seeded team in the Eastern Conference. The Miami Heat on the other hand has the 3rd best record in the East, 0.5 games behind the number one Brooklyn Nets.

For the Hawks, Trae Young scored 28 points and dished out seven assists in the game. Kevin Huerter added 21 points, going 5-9 from the three-point line. John Collins had a good game with 15 points and seven rebounds while DeAndre Hunter contributed with 13 points in the game.

Bam Adebayo led the scoring for the Miami Heat, putting up 21 points for the night along with six rebounds and five assists. Jimmy Butler contributed with 13 points and eight assists. Duncan Robinson had 19 points with five three-pointers and Gabe Vincent had 14 points, nine assists.

The Hawks once led by as much as 18 points in the game in the 3rd quarter. The Heat then tried to make a comeback, falling short by only two points eventually. They were missing their All-star point guard Kyle Lowry who remains out due to personal reasons. Heat’s 2nd best scorer Tyler Herro was also missing in action for 2nd straight game due to NBA’s Health and Safety protocols. Clint Capela missed this game too for his team Atlanta Hawks.

During the 3rd quarter, when the Hawks were leading the Heat 82-68, Trae Young and Bam Adebayo got in a verbal spat. It started when Adebayo was defending Trae Young but was fouled. Both men then started talking trash as Hawks had the chance to inbound.

After getting the ball back in play, the Hawks put up a shot that didn’t go in. Thankfully for them, they had the offensive rebound which went to Trae Young. Jimmy Butler immediately went to guard Trae. Trae let it fly from downtown for an easy trifecta. Twitter was excited after this and had some reactions to this: 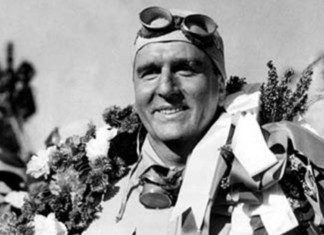