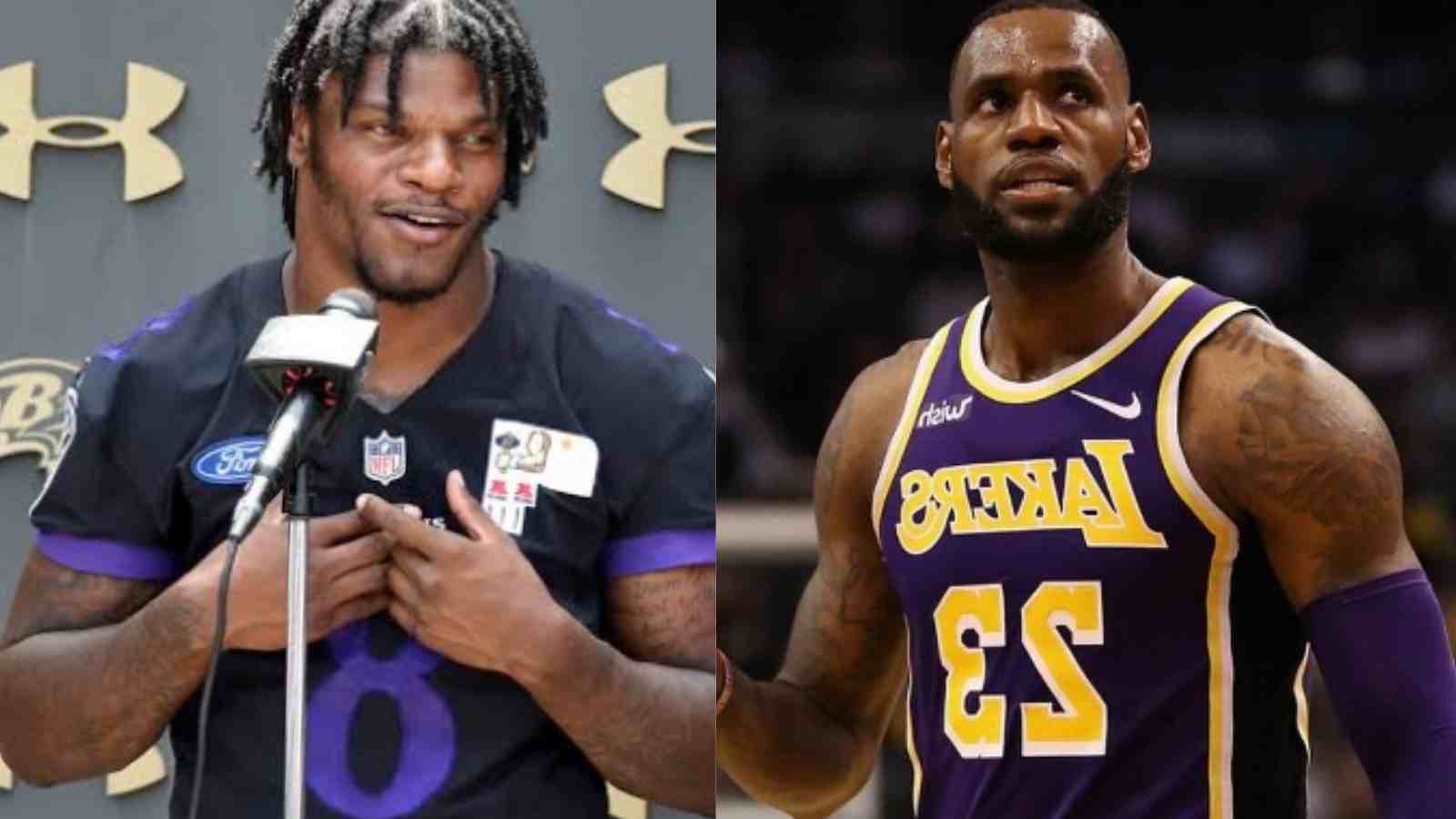 LeBron James has always been a real one whenever he has to appreciate someone or back someone up. Recently, he made it to the headlines as he defended his guy Lamar Jackson quarterback of NFL’s Baltimore Ravens. As he was being hated by a defensive coordinator for absolutely no reason. The unnecessary and completely unrequired hate is something LeBron James has experienced throughout his ongoing career. So him coming out for the defense of Lamar Jackson who is at no fault is very understandable. As he has been in that ship for years and today rules the league as a superstar who is also regarded as the G.O.A.T by many.

Recently, The Athletic published a report on NFL’s best QBs. The report also had quotes, remarks and assessment points and facts from various coaches and executives in the league who helped in ranking the QBs in different tiers. Unexpectedly, an unknown defensive coordinator threw some very undeserved shade at Lamar Jackson and LeBron James isn’t riding with it. The Ravens QB is really better than what he was portrayed by the anonymous defensive coordinator. As he already is the MVP of the league and is leading his team to new greats every time he steps up on the field.

The defensive coordinator was very critical of Lamar Jackson as the reports claim him saying: “If he has to pass to win the game, they ain’t winning the game. He’s so unique as an athlete and he’s really a good football player, but I don’t (care) if he wins the league MVP 12 times, I don’t think he’ll ever be a 1 as a quarterback. He’ll be a 1 as a football player, but not as a quarterback.” It makes zero sense to call a 12-time MVP not a Tier-1 QB and the unknown defensive coordinator mentioned it himself. So it was just some pure hate by a pure hater and LJ shouldn’t be worried about it. As All-time greats like LeBron James have got his back and they respect him for his heroics too.

Also Read: “No wonder where the domestic violence charges are coming from” Miles Bridges reported to be dating Courtney Conejo despite felony charges

LeBron James defending his mate Lamar Jackson from some senseless hate posted an Instagram story with a video representing the remarks. The King also wrote that: “This coordinator either got fired or cursed the hell out after getting torched vs LJ!! Hating A$$.” LBJ’s take makes more sense than the remark in the report. As Lamar Jackson is really the guy in the league and has the potential to get the job done in the future and take over as the face of NFL.