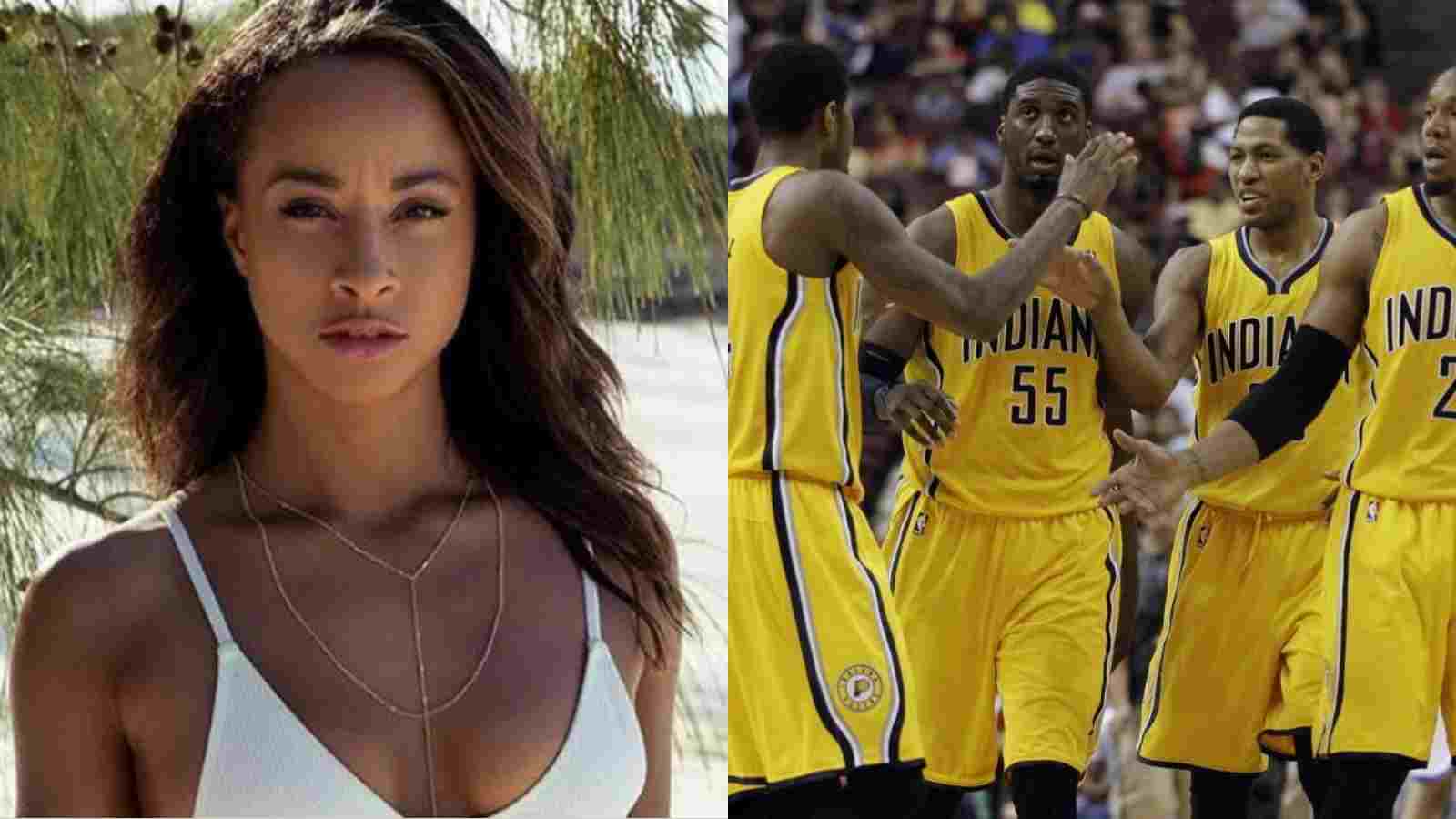 In a recent interview, p*rn star Teanna Trump disclosed that she first became interested in p*rn after having s*x with an anonymous Indiana Pacers player when she was just 16 years old. Teanna claims that after they hooked up, she later disclosed to the individual how young she was, and he did not seem to mind.

Teanna Trump may not be well-known to NBA fans but s he is a prominent actress in the adult film industry. She also has a sizable 1.4 million-strong follower base on Instagram and also on OnlyFans.

The fact that Trump has had numerous connections with NBA players has been mentioned and made public in a number of interviews. By drawing attention to a former incident, she has recently caused a stir in the NBA community.

After taking a brief interval, Trump assured the anonymous basketball player that they should not be concerned about any prospective legal troubles. When we take a look at the Indiana Pacers roster when Teanna was 16, Paul George, George Hill, Roy Hibbert, and Lance Stephenson are all on the list.

Teanna Trump and another incident with an NBA player

Teanna Trump, the star of adult films, also gained attention in 2019 after disparaging an NBA player on Twitter. She did not reveal his identity but tagged the official account of the OKC Thunder, claiming that one of their players owed her money. Trump later deleted the post, but according to a screenshot obtained by SportsGossip.com, the adult film star wrote the following in her shocking tweet that rocked the NBA: “Your player needs to PAY ME what he owes me. @okcthunder”

The Thunder, who were in the process of rebuilding, had some illustrious NBA players on their roster in 2019. Chris Paul, Steven Adams, Shai Gilgeous-Alexander, and Dennis Schroder were among those mentioned. The player identity who owed her money is still unknown because the case was soon opened and ended and Teanna Trump deleted her tweet.