Stephen Curry net worth is a heck of a job to estimate. The Golden State Warriors’ talisman Stephen Curry is an influential figure in the NBA. The greatest shooter of all time has marked his impact throughout his career. The shooting maestro has a gifted talent to shoot the ball with the ought most accuracy. Stephen Curry net worth has skyrocketed since he became the best player in the franchise. The American sniper has been estimated on top of the tier. Not only that Stephen Curry has got multiple titles for the Golden State Warriors but has attended a stature for the team. He is the reason the franchise hails glory with.

The Golden State Warriors have had significant years owing to their greatest shooter. Stephen Curry has always carried the team even when the team was shorthanded. He proved time and again that his worth is way more than accounted for.

In his first few seasons in the NBA, Steph did not have any notable endorsement contracts, only earning around $30 million a year between NBA and endorsements. Today Steph is one of the highest-paid celebrities in the world. In a typical year he earns $40 million in NBA salary and another $30-40 million from endorsements, for a total of $70-80 million.

However, during his off-season as well, Stephen Curry was valued at $130 Million arising out of the NBA only while his other endorsements are valued at $150 Million. The major endorsement came from Under Armour, Nike, and TLC’s line of ‘Palm’ phones.

Curry then spent his junior year developing as a point guard, since he knew that this would be his likely position in the NBA. He once again scored highly in games and increased his number of assists. He finished as the leading scorer in the NCAA.  In 2009, Stephen Curry joined the Golden State Warriors. A strong second half of the season made him a contender for Rookie of the Year. By the end of the season, Curry had registered 166 points from three-pointers – the most of any rookie in NBA history. Next season, Curry established himself as a free-throw specialist and won the skills challenge during All-Star Weekend. Stephen Curry is an influence in the league while his worth increases with every performance.

Stephen Curry has been married since 2011 to Ayesha Disa Curry, the Canadian-American actor and cookbook author. Other than that, Steph and Ayesha have 3 kids Riley, Rayson, and Cannon Curry.

Which team does Stephen Curry play for?

How many Championships has Stephen Curry won?

What is Stephen Curry net worth?

How many kids Stephen Curry has? 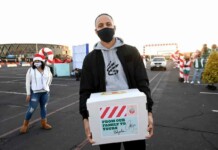 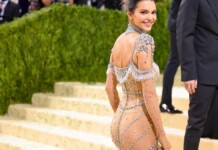 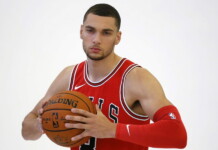