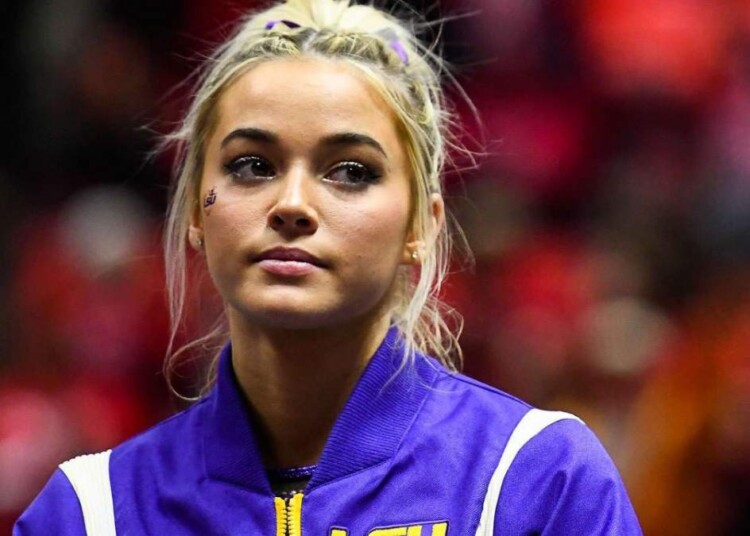 Olivia Dunne has been in the news for quite some time for some horrendous fan fiascos happening at her team’s event venues. The LSU athlete has been the center of attention at the NCAA gymnastics events for the past three weeks, and her fans have been responsible for rude and unruly behavior in the venues.

Speaking on the ‘Today show,’ Livvy has elaborated on her take and concerns regarding such fiascos. The security concern looming over fans’ hooliganism has been one of the fears for the LSU gymnasts and everyone else in the event venues. Olivia Dunne has addressed these issues at the show and has shown her support to the authorities, trying to keep situations from taking a nasty turn.

Livvy has acknowledged that her massive social media following has brought her immense fame and opportunities to benefit from. Since the NCAA allowed players to benefit from their image rights, Dunne has earned seven figures. Olivia Dunne explains the scenario with her fans and their hooliganism at gymnastics venues.

Related: “That’s not a woman’s responsibility”, Olivia Dunne silences critics who have blamed her social media persona for the recent fan fiascos

The scenes at the venues for NCAA gymnastic events have been nasty for a while now. The fans of the gymnasts, especially Olivia Dunne, have been causing havoc for everyone watching at the venue. These fans follow the immense social media hype for Dunne, who has more than 10 million followers on all social media platforms. Livvy is the most popular college athlete in the USA, with fans often crowding venues to be in her presence of her.

What’s interesting here is that Olivia Dunne has been sidelined by her LSU coaches due to an injury. She has not appeared in the starting lineups for the Tigers in a while. However, the fans come in vast numbers of attendance at the venues to get a glimpse of their favorite social media icon.

Dunne has revealed how the last meeting at Utah concerned her and the team. She says, “In the past I have had some of my supporters come out to the meets and watch and cheer for LSU, but that was insane. It really was.”

The scenario at Utah had concerned several veterans of the sport, such as Olympic athlete Samantha Peszek. She posted a video on her Twitter account describing the fan fiasco at Salt Lake City as ‘scary and disturbing.’ This fan attention, especially from teenage boys, had caused security concerns trising for the LSU team. As Olivia Dunne says, “They gave us some new rules for us athletes just to keep us safe, to not go into the stands after meets, and we have a new security person that travels with us.”

The head coach of the LSU Tigers, Jay Clarke, has ensured that all perimeters are secured for the team to pass safely to the competition venues.