Paul George knocked game high 36 points to lead LA Clippers past Portland Trail Blazers. With what was a best 47-point first quarter for the home team, they extend their gap with Denver Nuggets on the 3rd spot in the Western Conference. Alongside George, Kawhi Leonard was impressive too with his double-double of 29 points and 12 rebounds. Jackson came off the bench to score 23 crucial points.

Talking about the Portland Trail Blazers, Norman Powell led the side with 32 points, whereas CJ McCollum had 24 points in a rare off-night for Damian Lillard. With this loss, Portland Trail Blazers got their 4-game winning streak on road snapped. Frustrated Lillard earned a technical foul in the third. He had just four points in the second half.

The LA Clippers harassed Damian Lillard into 2-of-14 shooting for 11 points, well under his team-leading 29.6 average. A frustrated Lillard earned a technical foul in the third. He had just four points in the second half.

George keyed a 24-6 run over the end of the first and start of the second that extended the Clippers’ lead to 26 points, their largest of the game. He scored seven points. Leonard, Nicolas Batum and Jackson hit consecutive 3-pointers and new addition DeMarcus Cousins capped the spurt by scoring on his offensive rebound.

Trailing 62-36, the Portland Trail Blazers worked hard at getting back in the game. They outscored the LA Clippers 30-11 to close within seven at halftime. Powell scored nine, punctuated by a one-handed slam. McCollum added eight and Robert Covington closed out the half with a 3-pointer that beat the shot clock.

The Clippers extended their lead to 14 points early in the third. Portland ran off 12 in a row, getting 3-pointers from Powell and Robert Covington, to close to 84-82. That’s the closest the Blazers came after trailing by 26 in the first half.

Also Read: Dillon Brooks takes charge for Memphis Grizzlies to end yet another… 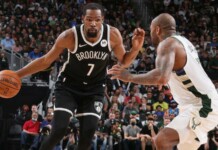 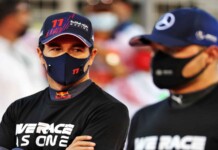 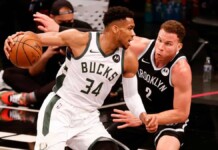