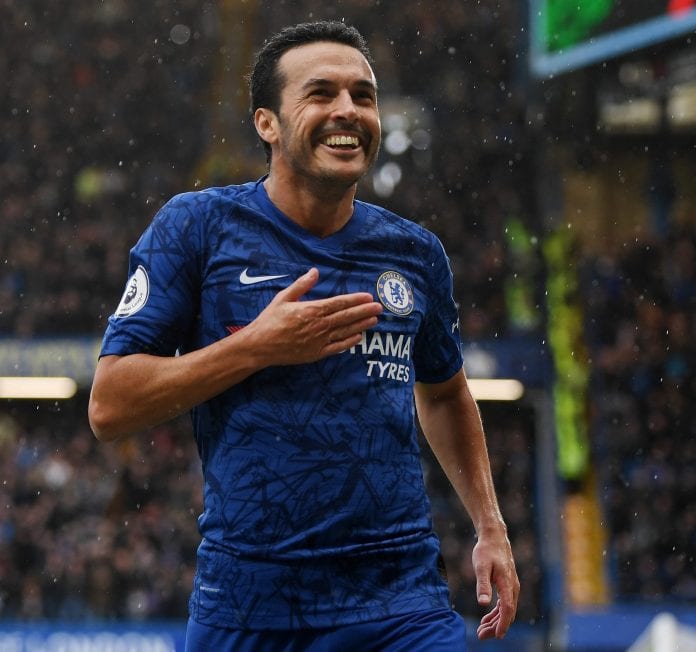 Pedro bid farewell to Stamford bridge’s Chelsea FC after five years with the club. The Spanish midfielder described his tenure as “five wonderful years”. Pedro seems to be heading to AS Roma on a two year deal. Regretably Pedro’s last appearance for Chelsea came in a 2-1 FA-Cup final defeat to Arsenal. The winger had to be stretchered off due to a shoulder injury.

The injury kept Pedro out of Chelsea’s match against Bayern Munich in the UEFA Champions League last 16 second leg as well. Pedro signed for Chelsea in 2015 from Barcelona. He dedicated a post to Chelsea on his Instagram handle.

Pedro wrote, “After five wonderful years my stage at Chelsea comes to an end .Thanks a lot to the club’s board, to the coaches and team-mates I’ve had, and of course to the fans: thank you for the experience of being a member of your big family. I’ve been very happy here, you’ve made me feel like home.”

“It’s been a pleasure and an honor to play for this club and win the Premier League, FA Cup and Europa League titles, as well as competing in one of the world’s best football leagues. I made the right choice, I take with me wonderful and unforgettable memories,” added the Spanish midfielder.

Pedro was part of Antonio Conte’s Chelsea squad who were crowned Premier League Champions in the 2016-17 season. He also won the FA Cup and the Europa League with Chelsea in 2017-18 and 2018-19 respectively.

Now the winger looks forward to a new challenge in Italy with AS Roma.

‘Novak Djokovic doomed, Daniil Medvedev shines’ This is how rankings will...

Lakshya Chopra - May 21, 2022
The ATP has announced that no ranking points will be awarded for Wimbledon 2022. This is in response to Wimbledon's ruling of banning Russian...

“He brought that fire back”- Simona Halep elaborates on how coach...

“I don’t think we had enough to beat,” Christian Horner confesses...