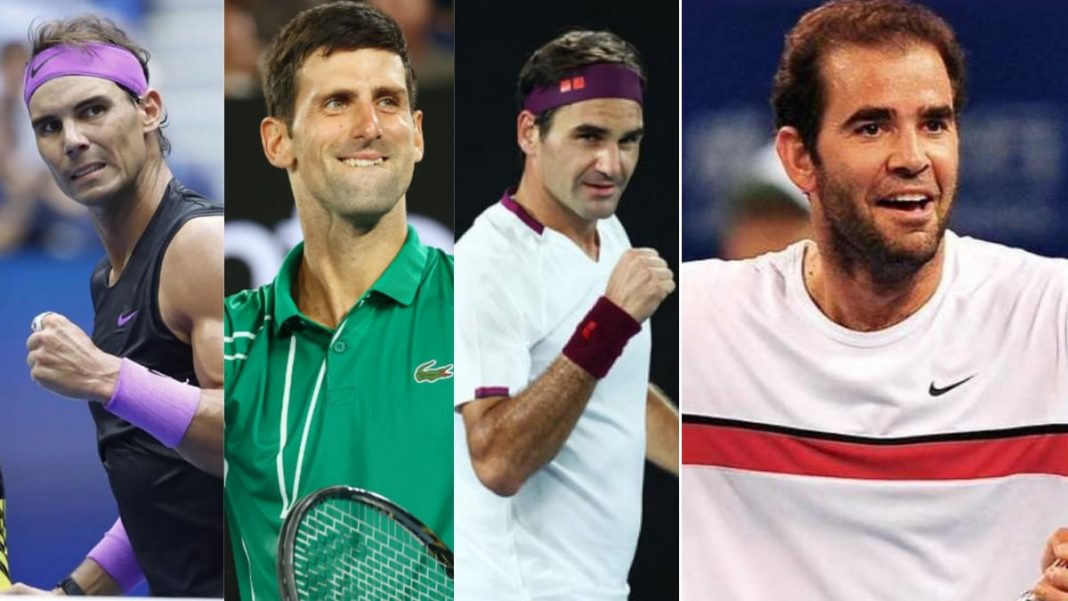 Roger Federer, Rafael Nadal and Novak Djokovic aka Big 3 are the most successful players of all time. But before them, the dominance was in the hands of America’s Pistol Pete, i.e Pete Sampras.

The former World No.1 recently spoke about his effect on the success of Big 3. He claimed that their success was at some part influenced by him.

Biography on Pete Sampras, written by Steve Flink, will hit the markets in September. Some of the quotes from the book by Sampras about the Big 3 were reported by tennis.com.

The 14-time Grand Slam champion claimed that the Big 3 has approached the Grand Slams in a good strategy.

“I think I am a part of that,” said Sampras. “I never wanted to bag on the other tournaments, but I looked at certain things as black and white, and this was a black-and-white thing. You based your year on what you did at the Majors. If I won eight tournaments and none of them were Majors, that would be a good year, but not a great year.”

“I was very open and honest on that. My year was measured on the Slams. The game is not all about numbers, but having a chance to end my career with the most Majors was important to me.” asserted the American.

When he retired, his tally of 14 Grand Slams was a record, until Roger Federer broke it in 2009, followed by Nadal and Djokovic. But he still holds one unbeaten record- finishing year-end World No. 1 six times in a row. “I just wanted that record of being No. 1 six years in a row so badly,” said Sampras.

Roger Federer has come closest to this record. He finished year-end World No.1 for four times in a row.

The American further said, “The way I looked at it, I had just this one chance to do it in 1998 and I was obsessed. It was my one opportunity to break one of the all-time toughest records. I know how hard it is to stay at No. 1 and to do it for six straight years is a beast.”

Sampras further claimed that he was glad that players have started taking the Slams more seriously and the Big 3 has overtaken him.