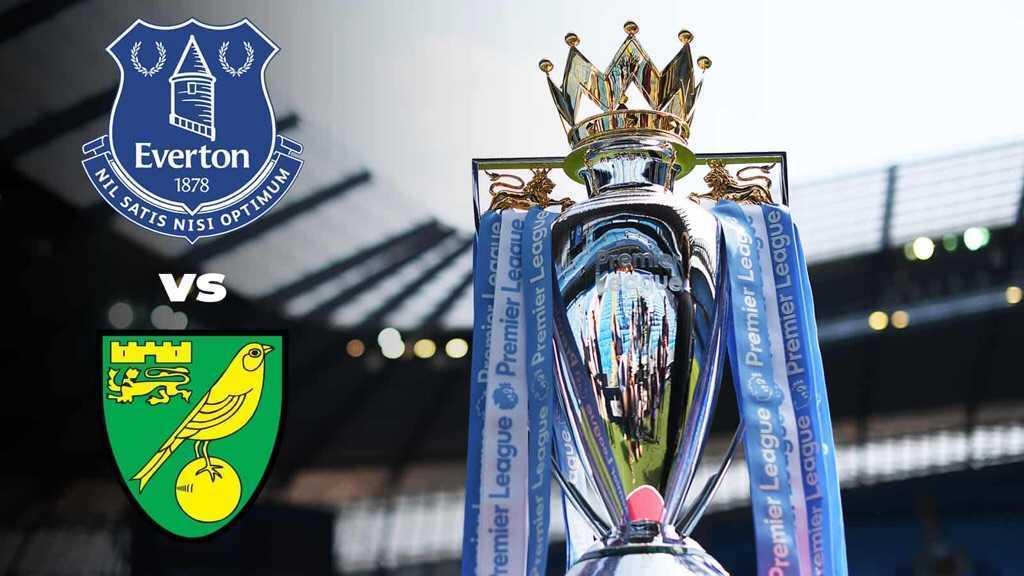 Rafa Benitez’s men managed to get a 2-0 victory against Norwich City in the Premier League on Saturday night and secured all three points. Andros Townsend scored from the penalty spot in the first half and Doucoure got the second goal late on in the match. Everton are currently fifth in the table with thirteen points from six games.

Let’s have a look at the player ratings :

Tim Krul (7/10)- Although Tim Krul was unable to keep a clean sheet tonight he made some crucial saves early on to keep Norwich City in the game.

5Grant Hanley (6/10)- Played in the heart of the defensive line which had five players but gave away far too much space.

Ben Gibson (5/10)- Gibson was poor tonight and couldn’t provide the long balls for Pukki and Sargeant to exploit.

Ozan Kabak (5/10)- A night to forget for the Turkish defender who conceded the penalty which resulted in the first goal.

Brandon Williams (6/10)- The Manchester United product was unable to keep up with the pace of Gordon and got himself a yellow card.

Max Aarons (6/10)- The right back was extremely fast tonight and got the better of left back Lucas Digne on many occasions.

Mathias Normann (7/10)- The midfielder managed to fire in a fierce shot which was dipping on it’s way but was saved by Jordan Pickford. He was again in action in the second half bit Jordan Pickford was equal to it.

Kenny McLean (6/10) – put in an excellent cross inside the penalty box in the second half but nobody managed to make substantial contact.

Pierre Lees-Melou (5/10)- Pierre Lees played on the right hand side of the three man midfield but couldn’t support Normann much.

Teemu Pukkin(6/10)- there was a lot of responsibility from the star man of Norwich City Pukkin who couldn’t live up to the expectations.

Joshua Sargent (6/10)- The young American international had a good opportunity to shine tonight but was unable to produce anything magical.

Milot Rashica (6/10)- The midfielder was brought on in place of defender Ozan Kabak to increase pressure.

Jordan Pickford (7/10) – England’s number one goalkeeper had a fantastic match tonight and kept a well deserved clean sheet in the end.

Michael Keane (7/10)- A very good defensive display from the experienced man who was a constant threat in set pieces.

Yerry Mina (7/10)- The Colombian international showed his class today and was very good in the air.

Lucas Digne ( 6/10)- Lucas Digne became the first Everton player to go inside the book after a rash tackle on Aarons.

Ben Godfrey (6/10)- The defender made a good attempt in added time for a third goal but his shot was saved by Krul.

Allan (7/10)- The Brazilian put in a good shift tonight and it was the foul on him by Kabak which resulted in the penalty.

Abdoulaye Doucouré (8/10)- Doucoure got the second goal for Everton and put a seal into the match after converting the ball from Gray.

Alex Iwobi (6/10)- The former Arsenal player went ahead with conviction and put in some good crosses inside the box.

Salomón Rondón (7/10)- the big striker had some decent opportunities to score and put forward a great opportunity for Townsend to score who’s shot was saved.

Demarai Gray (8/10)- The forward was extremely bright in the first half and produced a fine save from Tim Krul. Moreover he got the assist for the second goal.

Tom Davies (7/10) – The midfielder came in place for Demarai Gray and had a shot blocked for a corner.

Anthony Gordon (5/10) The striker came on in place of Townsend and recieved a yellow card in added time.