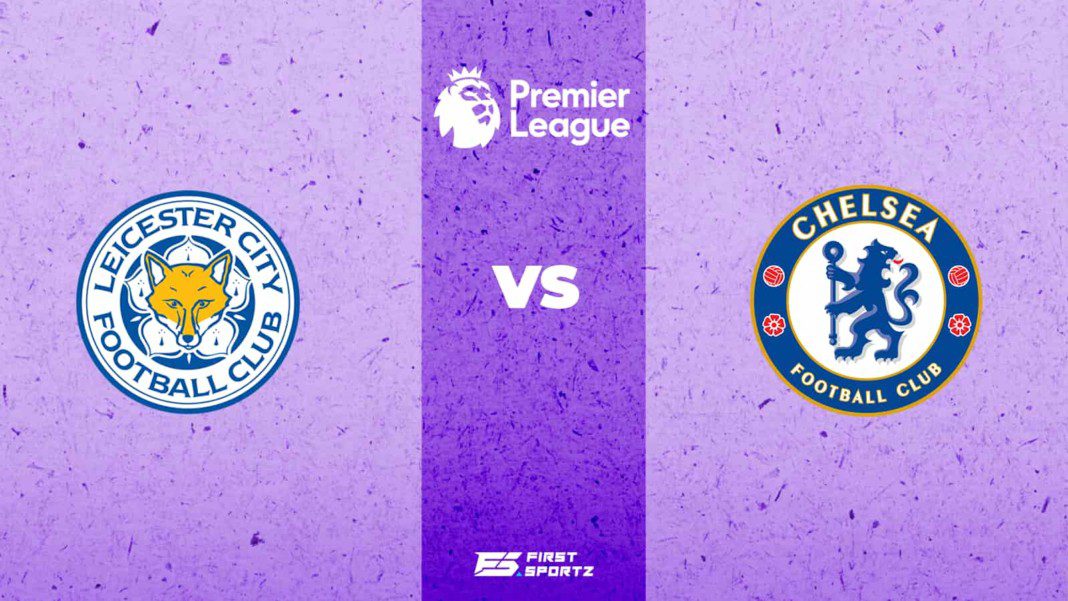 Chelsea didn’t lose their momentum after the international break and restart their campaign against Leicester with an emphatic 3-0 win. Right from the 1st minute, Tuchel’s men were pressing high to score and Chelsea get their 1st goal in the 14th minute by Chilwell’s corner courtesy of header by Rudiger. Then Kante joins the party and scores to give Chelsea 2-0 lead in 28th minute itself. In the 1st half, Leicester had some half chances to score but it was denied by offside but in 2nd half, Chelsea dominated the game completely and in the end, substitute Pulisic scored to give 3-0 win away from home.

Here are the player ratings from the match between Leicester and Chelsea :-

Kasper Schmeichel (GK) (6/10): A forgetful day for Schmeichel at goal. Even after saving 4 Chelsea chances, he ended up conceding 3 goals.

Jonny Evans (5/10): In the 3 defense tactics for Leicester, Evans was looking very lack lustre. Majority of the game he struggled to stop Havertz and Kante and conceded many fouls to Chelsea.

Caglar Soyuncu (6/10): Soyuncu was not at his best at defense, he was unable to track the forward movements of Havertz and Hudson-Odoi and in the 2nd half, he was easily tackled passed by Ziyech to get the 3rd goal for Ziyech.

Daniel Amartey (6/10): Amartey looked the best at defense for Leicester. He had 81% passing accuracy and also created few chances at attacking front for his team in the 1st half.

Timothy Castagne (6/10): Castagne was looking good in some situations during the game. In the defensive front, he was doing well to stop the build up Chilwell and Jorginho. But in attacking front. He passes were very poor giving the possession back to Chelsea.

Boubakary Soumare (6/10): Soumare had an ordinary game in this high pressure encounter. Even though his passing accuracy was close to 80% but he was unable to find anyone during the attacking situations.

Wilfried Ndidi (6/10): At central midfield position, Ndidi showed some great mobility with the ball but he was unable to create any goal scoring chances for Vardy or Lookman.

Marc Albrighton (7/10): The game started on a positive note by Albrighton as he was involved in an excellent build up play and made some key passes to Vardy and Barnes to get chances to score for Leicester.

Harvey Barnes (6/10): Throughout the game, Barnes was running to find chances to score but unable to get passes Rudiger and Silva. He had 80% passing accuracy.

Jamie Vardy (5/10): The game that Vardy would like to forget. He couldn’t find many chances to score and was also finding difficult to go past Chelsea defense to create chances.

Ademola Lookman (5/10): An ordinary day for Lookman, he never looked settled with the ball.Without the ball also he was unable to win tackles or interceptions to give little chance for Leicester to get possession.

James Maddison (7/10): After coming as substitute at 46th minute, Maddison made some excellent runs and had some close shots on goal.. He also had 28 touches and 89% pass completion accuracy.

Kelechi Iheanacho (6/10): Brendan Rogers made tactical move of bringing Iheanacho against Lookman. But that move didn’t yield anything for Leicester. His heavy touches were often slipping possession to Chelsea and in attacking situations he couldn’t break past Chalobah and Silva.

Kiernan Dewsbury-Hall (7/10): Even though he played for 15 minutes, he made some great passes in the midfield and had 86% pass completion.

Edouard Mendy (GK) (7/10): Mendy had a decent game as he also made three great saves but his passing was excellent giving close chances to Chelsea to score.

Antonio Rudiger (8/10): Throughout the game, Rudiger was outstanding with and without the ball. He tracked Vardy and Lookman throughout the game and scored an excellent header goal to open the scoring for Chelsea.

Thiago Silva (7/10): At Centre back, Silva made 3 clearances in the game and had 97% passing accuracy. He was also able to track the movements of Leicester forwards very efficiently.

Trevor Chalobah (7/10): Chalobahhiellini was very good tactically as the back. He made 2 important interceptions to stop Leicester attacking trio from getting in scoring positions.

Benjamin Chilwell (8/10): Chilwell right from the start was outstanding at midfield. His build ups with Jorginho was outstanding throughout the game and took an amazing corner to help Chelsea secure their 1st goal courtesy of Antonio Rudiger.

Jorginho (8/10): With 88% passing accuracy, Jorginho once again looked impressive in holding midfield for Chelsea. He made excellent passes to Reece James and Chilwell to maintain the high line press on Leicester.

N’golo Kante (8/10): Kante was very creative in the midfield for Chelsea. He won some amazing tackles to win possession for Chelsea and took 3 shots on goal out of which 1 turned into a goal for Chelsea in the 1st half.

Reece James (7/10): He has controlled the midfield very effectively alongwith Jorginho. James had 81% passing accuracy and also provided an important assist to Kante to get the 2nd goal for Chelsea.

Masont Mount (6/10): In the game, Mount had some beautiful touches but his passes were lacking penetration and was facing difficulties in build up with Havertz and Hudson-Odoi.

Kai Havertz (8/10): Havertz had an outstanding day. He was able to run through the defensive trio fo Leicester and with 86% passing accuracy, he helped Chelsea create many chances.

Callum Hudson-Odoi (7/10): Hudson-Odoi was very creative in the attacking front for Chelsea. He made some glorious runs past Evans and Soyunucu but unable to score in the 2 shots that he had on goal.

Christian Pulisic (8/10): After coming in as a substitute at 62nd minute, he showed brilliant game to score the 3rd goal for Chelsea. With 88% passing accuracy, he helped the team to get the momentum going to keep the attack on th opposition.

Hakim Ziyech (7/10): Ziyech came as a substitute for Mount and in his 30 minutes of play, he made an incredible assist to Pulisic to score the goal and had 92% passing accuracy which allowed Chelsea to stay on top of the game.

Ruben Loftus-Cheek (7/10): Jorginho was subbed off with 13 minutes to go. Loftus-Cheek showed his best game in the limited minutes that he played and he showed his faith that Tuchel had on him. He made a key interception in final minutes to deny Leicester to score.

ALSO READ | WATCH: Mohamed Salah checks in on an Egyptian school in a campaign for UNHCR