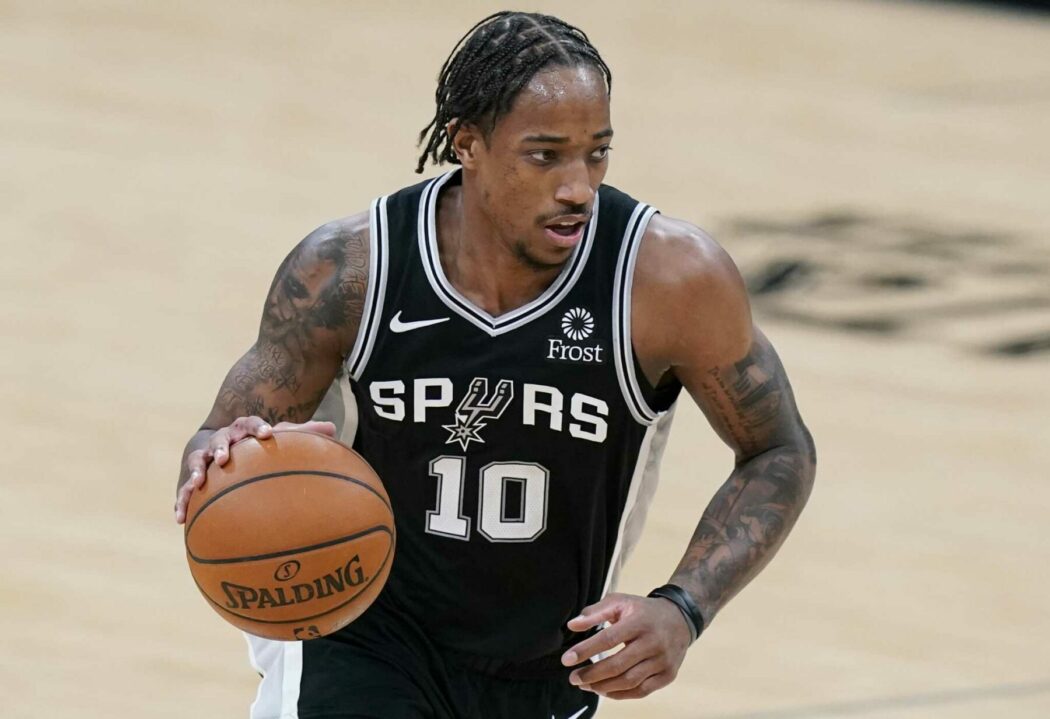 DeMar DeRozan played one of his best games of the season by knocking a double-double with 37 points and 10 assists as the San Antonio Spurs held off Washington Wizards 146-143 in OverTime, ending their 8 match winning streak in exquisite fashion.

Talking about the Washington Wizards, Bradley Beal led the team scoring 45 points, he was one point short of matching his franchise best score. Whereas Dejounte Murray has 25 points had career high 17 rebounds for the San Antonio Spurs. Keldon Johnson had 21, while Rudy Gay added 17 for the away team who have now won 3 straight.

DeRozan scored nine of his points in the fourth quarter and overtime. Neither team led by more than three points after DeRozan’s jumper pulled the Spurs within 118-115 with 5:13 left in the fourth.

Russell Westbrook had his league leading 29th triple-double of the season and 15th in his last 18 games, with 22 points, 13 rebounds and 14 assists. He has 175 career triple-doubles, 6 behind Oscar Robertson’s record.

There were 29 lead changes and 17 ties in regulation. DeRozan missed a fadeaway over Westbrook to end regulation that rimmed out. DeRozan ran back down the court and Westbrook chased after him before the two smiled and had a laugh.

Alex Len had 17 points and 10 rebounds for Washington. Anthony Gill had a career-high 13 points off the bench. Rui Hachimura returned after missing four games with a sore knee to score 13.