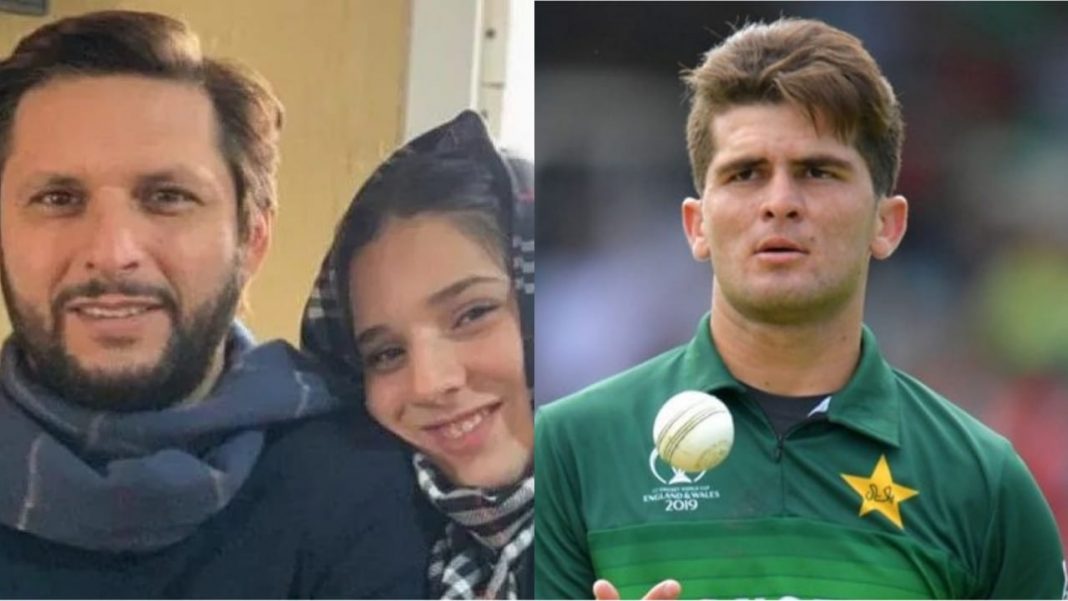 Pakistan’s ace pace bowler Shaheen Afridi is set to get engaged to Shahid Afridi‘s daughter, Aqsa. Rumors were rife in Pakistan about the impending engagement for quite some time now and now, reliable journalists as well as subsequently Shahid Afridi himself have confirmed the news stating that an approach for marriage has been made and could happen very soon.

Journalist Ihtisham ul Haq took to Twitter to confirm the news first saying, “With permission from both families, I would like to clarify the engagement rumours between Shaheen Afridi and the daughter of Shahid Afridi. The proposal has been accepted; it is thought that a formal engagement will be done within 2 yrs, following the completion of her education. The reason behind this tweet is to clarify the suspicion caused by social media. Respect to both families; please do await their own official announcements as they are currently in talks. I would like to request all individuals to respect their privacy during this auspicious time.”

Shahid Afridi himself took to Twitter to later confirm the news. He wrote, “Shaheen’s family approached my family for my daughter. Both families are in touch, matches are made in heaven, if Allah wills this match will be made too. My prayers are with Shaheen for his continued success on and off the field.“

Shaheen then replied to the Pakistani icon writing, “Alhumdulillah. Thanks Lala for your prayers. May Allah SWT make things easier for everyone. You are the pride of entire nation.“

Both Shaheen and Shahid Afridi were seen playing in the Pakistan Super League (PSL) that was halted midway recently. The former was in terrific form, picking up 9 wickets in 4 games including that of his probable father-in-law.

Also Read: India vs England 2021: ‘What he did in last two months, no one would ever do that in a lifetime’ – Ravi Shastri heaps praise on ‘naturally brilliant match-winner’ Rishabh Pant